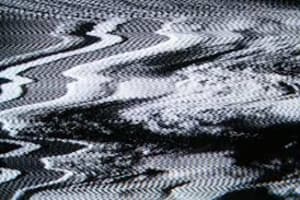 The initial threat to pull the plug on community TV was made by Malcolm Turnbull back in 2014 when stations still operated in Brisbane, Sydney, Melbourne, Adelaide and Perth.

In 2015, Sydney’s communit TV signal went dark and this year, Brisbane’s Briz 31 disappeared from the airwaves and went online.

Barry questioned why the government has placed so much pressure to get them all off air?

He said communications minister Mitch Fifield wants to free up spectrum used by community broadcasters for new ventures such as “next-generation broadcasting technologies” that could enable new services for viewers, such as the terrestrial broadcast of ultra-high definition 4K television.

“Good news, perhaps, for those with expensive 4K televisions. But for viewers of community TV, and aspiring talent and technicians, some of whom are familiar faces, it is a sad farewell,” Barry said.

“It literally was a training session for anyone in TV, wherever you wanted to work, in front of the camera, behind the camera, and people are going to miss out on that which is sad,” Thornton said.

Some of Australia's best-known faces on television have been mourning Channel 31's demise, including Waleed Aly and Hamish and Andy.

The minister also argues that fewer people are watching citing 2016 ratings that showed the peak prime-time audience is now down to just 4,000 viewers.

“The most appropriate measure of a service like community TV is how many people we reach and the fact is that the CTV reaches 1.7 million people per month in Melbourne, Perth and Adelaide,” Field said.

Field also argues that the government’s claim of spectrum being needed to test 4K signals is a furphy.

“There are currently no tests planned…the reality is that if we are switched off in December then our spectrum, which is mandated to be used for TV broadcasting, will remain vacant for a number of years,” Field said.

Barry said freeing up the spectrum for the sake of revenue and technology that may not be there doesn’t make much sense either.

“We reckon the government does have a point: when big broadcasters are busy commissioning digital-only content, and Facebook or YouTube offers a way to attract big audiences, it’s not obvious why community broadcasters need to use the airwaves,” he said.

As the government hands back millions of dollars to the commercial networks, recently waiving the $127m broadcast licence fees for FY17 for Ten, Barry questions: "What’s the cost in leaving the TV hobbyists to their sandbox?"