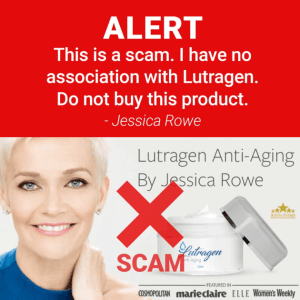 Host Paul Barry urged buyers to be weary of fake celebrity endorsement ads online and called on tech giants to intervene in the latest episode of Media Watch.

The ads direct readers to Piop News' website where dozens of ads have been used to scam online buyers with the use of celebrity faces, including Lisa Wilkinson, Georgie Gardner, Deborah Knight and most recently, ex-Studio 10 co-host Jessica Rowe.

Rowe's fake endorsement of RapidTone, a phoney weight loss pill company, has run across Google and Facebook. The fake story claims that Rowe was caught taking pills at work and threatened to leave, leading to her resignation from Ten.

RapidTone, which claims to be in the US, has a call centre in the Philippines with payments directed to an office in Montreal.

Rowe, who slammed the ads as "disgusting", has tried to get the ads taken down but was told by Google that there is nothing they can do.

Sometimes I do like to share some of my favourite things with you. But this one is NOT FOR REAL. Someone is using my name and image to sell this product. Please be careful about on-line scams like this. pic.twitter.com/RHL33ul1U0

“Facebook has given a similar response, and frankly we reckon it's nonsense, and a total cop out,” Media Watch host Paul Barry said.

“The ACCC clearly agrees. They told Media Watch that online shopping scams featuring fake celebrity endorsements are becoming more frequent and they call on the tech giants to step up.”

A Facebook spokesperson commented: “We do not allow adverts that are misleading or false on Facebook, and we’ve removed several adverts that violated our Advertising Policies. We encourage anyone who sees an advert that they believe infringes an individual’s rights to report it so the content can be reviewed and removed by our teams. Recently, we’ve also made several improvements to combat misleading activity through a combination of technology and human review, including automation to detect scams and improved reporting abilities.”