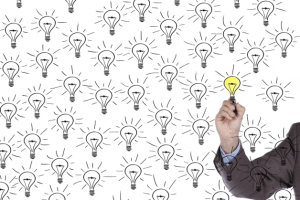 Media agencies say any relaxing of content moderation on Twitter, under the owneship of Elon Musk, will impact the willingness of brands to advertise.

Musk, whose $US44 billion bid for the social media platform has been accepted, has talked up free speech and most have taken this to mean open slather commentins.

He says: “Free speech is the bedrock of a functioning democracy, and Twitter is the digital town square where matters vital to the future of humanity are debated."

Will it be a good or bad thing for advertisers?

Dany Coutinho, Head of Operations, Sillyfish: " We have seen examples of big brands choosing to not advertise on platforms like YouTube and Facebook in the past but eventually returning to them after being assured content moderation would be established.

"With ‘free speech’, or less content moderation, whatever you want to call it, it will have an impact on brands that advertise on Twitter.

“Elon Musk will surely have some idea how to monetise his investment in a 200 million user database and bring it up to pace with platforms like WhatsApp, Instagram, and TikTok to name a few.”

John Vlasakakis, co-founder, Next&Co: “If Musk is a man of his word and is here to allow more free speech than it being an act of power, I believe it will be for the good of the platform.

“With these things the bad comes with the good but long term I believe this will make Twitter a place people can speak more freely and openly which will increase usage over time.”

Antonio Panuccio - Digital Strategist, Enigma: "Not satisfied by how a company is run? Just buy it out.

"Musk's ambitions for change with Twitter, on the surface seem agreeable, from grand ideas of embracing the platform as the de facto digital town square right down to the humble addition of an edit button.

"However, ‘relaxed’ content moderation is a dangerous line to toe in the wake of Meta's publicised failures whether it be socially (mental health) or politically (U.S. elections, conflict in Ethiopia).

There is onus on consumers to self-moderate and be critical of information. With the weaponisation of social media, there is onus on owners to ensure they are not the arms dealer.

"The question we're getting to is - who is more responsible for vetting information - platform owners or platform consumers? If it's the consumer, we need to ensure that users are educated to critically think about what they're seeing. If it's the owner, then we need to ensure the right people are at the helm of those moderation conversations. That becomes difficult when there's a cult of personality around the company chair (Zuckerberg, now Musk).

All we can say for certain is that eyes are glued to the "Elon Musk's Jet" Twitter account, watching for its potential take-down...

Joe Frazer, Head of Growth, Half Dome: "On a personal level, I think it is hard to argue with the fact that, within the bounds of the law, there should be a platform for both sides of issues and politics to discuss and present views to are contradictory to one another.

"This is, after all, the basis for a functioning democracy. Fundamentally, much of what Elon has talked about creating through his acquisition of Twitter is a space for exactly this to be achieved.

"With political discourse where it is at in both America as well as Australia, as well accounting for the realities of social media, and the often grey zone between individuals presenting fact and opinion (on both sides), I suspect the challenges of social engineering will stretch even Elon, who seems to have mastered rockets, batteries, cars, tunnels, and even made dents into the human brain with Neuralink.

"Will advertisers need to be wary of the direction Twitter heads from an advertising standpoint? Maybe. But the reality is that people can already post horrid things on any of the social networks.

"The line, and this debate over free speech, seems to be drawn somewhere between opinion and misinformation – with (former president) Donald Trump being the poster boy.

"Honestly, an ad appearing adjacent to this type of content wouldn’t make my 100 worst things for an advertiser to appear against in social media list, so it may seem contrarian, but the risk for an advertiser is mildly impacted by this.

"I would be more concerned about the demonetisation of Twitter from ads and the loss of eyeballs for advertisers all together - which seems high on Elon’s list of things to explore.