A nightmare on Elon speech 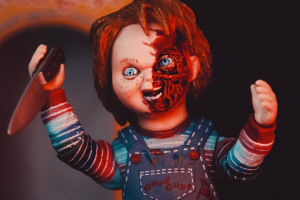 Elon Musk says the big issue at Twitter, which he will shortly own outright, is free speech.

But does that mean he will allow hate speech and loosen the content moderation controls?

This could put Twitter's ad dollars at risk. Brands are becoming more conscious of risky content or disinformation, so they may take their dollars elsewhere with greater safety measures in place, according to global consultancy Forrester.

Musk, who is paying $US44 billion for the social media platform where he has 83 million followers, says: “Free speech is the bedrock of a functioning democracy, and Twitter is the digital town square where matters vital to the future of humanity are debated.

"I also want to make Twitter better than ever by enhancing the product with new features, making the algorithms open source to increase trust, defeating the spam bots, and authenticating all humans.

"Twitter has tremendous potential – I look forward to working with the company and the community of users to unlock it."

Kelsey Chickering, principal analyst at Forrester: “In an age fraught with misinformation and disinformation, the parameters around free speech become murky because algorithms built to promote ‘click-worthy’ content, combined with bots spreading risky content, give disinformation a tailwind.

“If Musk decides to loosen content moderation policies, he puts Twitter ad dollars at risk. Brands are becoming more conscious of their adjacency to risky content or disinformation, so they may take their dollars to other channels with greater safety measures in place.”

Mark Andrejevic, professor communications and media studies, Monash Data Futures Institute: “There has been a very rough consensus on the part of the platforms on how to regulate and curate hate speech, spam, and other objectionable content.

“Musk promises to rip up that consensus, at least temporarily (until it backfires on him). The larger question, of course, is whether we want to live in a society in which tech billionaires can rearrange the tools for public communication on a ($US40 billion) whim.

“The huge fiction that needs to be confronted head on is that if these companies do not intervene to address hate speech, etc, the platforms are somehow ‘free’. This is not the case, all platforms have too much information to make possible an un-curated forum. All of our feeds are curated according to logics that are invisible to us. I do not see every tweet put out by everyone I follow on Twitter - only those that the algorithm sees fit to show me.

“They are all already curating the content we see, the question is how to do it responsibly. Musk wants to pretend that if he doesn't enforce content rules that platform counts as free speech. This is false and needs to be contested.”

“Engineers will likely jump ship for an opportunity to work for Elon. It is also very likely he will keep it private, turn it around, make it a huge business and then go public again. Which, if you are an engineer with stock options, could be very attractive given Tesla's stock performance. This is going to be a very interesting chapter in the social media landscape."