Media agencies must step up to radio's new digital tune 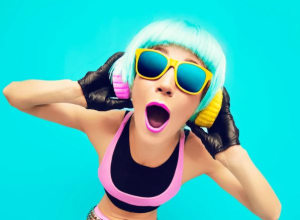 At the helm is CEO Joan Warner, who said digital radio’s success is based around one key point of difference: variety.

Warner was behind having digital radio ratings, also known as DAB radio ratings, included alongside the regular ratings provided by GFK for linear radio, in the hope of having more people recognise the opportunity it offers.

With more than 150 stations across the DAB+ format, she said there are some networks which, by capitalising on earlier opportunities, now lead the race for control of the digital radio listener.

“SCA really is espousing a very good strategy and is now talking about it as a brand and audience extension by offering more to advertisers across the network,” Warner stated.

She said it is also important the content played on digital radio has a clear point of difference from linear radio stations, highlighting the work Coles is currently doing with its DAB+ station.

The station, which is played throughout the entire Coles supermarket network, has also become a consumer favourite outside stores, due to its mix of music across different genres and generations.

Warner says digital–only stations give broadcasters and independent operators the opportunity to target niche listeners, as well as keep main audiences listening longer to other areas of interest. 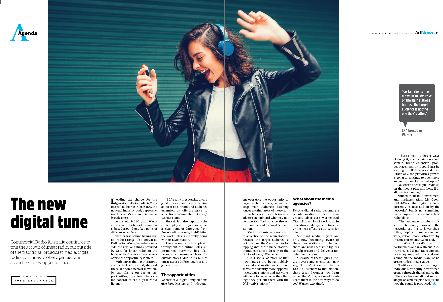 She believes this will bring new advertisers onboard who may not be able to afford to advertise on the commercial network’s main station.

“Certain clients may not want to advertise on the main stations because the target audience is not the one they’re after, so by tapping into these niche stations brands can speak directly to the right audience,” Warner said.

“We’ll see a lot more of that now figures are being publicly released and media buyers themselves can identify more opportunities. Our stations and networks will get a lot smarter in the offerings they put out there with the DAB+ only stations.”

What about the media agencies?

Despite digital radio becoming a popular medium for both listeners and advertisers, Warner said CRA still has a lot of work to do in educating media agencies to deliver the most effective strategies for clients.

She said media buyers are only now becoming aware of these new stations and the fact there are now accessible figures to help create and deliver a targeted media plan.

“Because of these figures, media buyers and clients can now say, ‘I didn’t know you had a 100,000 listeners to that station, that’s great. I wonder how I can target them’. But, we need to educate them in the best ways to do so,” Warner explained.

“There’s many different ways of doing it, such as station sponsorship, brand extension, product placement, or it could just be starting to sell the spots and dots. Either way, the platform’s growth is going to continue to open more and more doors for media buyers.”

So, where does digital radio sit on the media plan and how, if at all, is this changing?

Mindshare head of investment and implementation, Liv Geen, told AdNews that digital radio is currently “a nice add–on by the networks” but is not something many buyers integrate into their radio plans.

“The audience numbers are still quite small, however, the networks use this to lower their CPMs, hoping to make the network/station more attractive by this measurement,” Geen said.

Initiative Australia head of partnerships and investment, Nick Durrant, said digital radio currently sits squarely with its analogue sibling on the media plan, of no greater or less media value.

“Until an advertiser can target individuals or tightly determined groups through digital radio, the difference between digital and analogue on a media plan will just be how the sound is produced.”