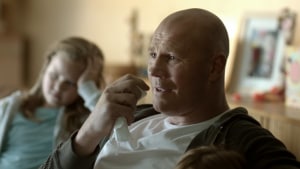 Former AFL star and radio presenter Barry Hall has been condemned by Triple M and his personal brand sponsors in the wake of his recent commentary scandal.

“The doctor was a good looking rooster about 40 years of age. He did a sweep with his fingers and licked his fingers afterwards," he said during the broadcast.

Hall was swiftly fired by the Southern Cross Austero station.

As a result, Australian fashion brand Hammersmith announced it would be cutting ties with its partnership with Hall, in wake of the scandal.

"The partnership that Hammersmith signed with Barry Hall was based on agreeing to uphold our values of integrity, and respect for all people regardless of gender, size, age, nationality or anything else," a spokesperson told AdNews.

"Regretfully, in light of recent events, Barry’s comments are completely inconsistent with our values and we are left with no option other than to terminate our partnership immediately."

Triple M Footy sponsor Beaumont Tiles has also shot down Hall's behaviour, backing the station's decision to fire him for the comments.

"We made our disappointment clear to Triple M regarding Friday evening’s on-air incident, and support the immediate action of Triple M to remove the commentator from the commentary box, issue an on-air apology and subsequently terminate that commentator’s employment," a spokesperson said.

"We further acknowledge and support the other less visible actions being undertaken by Triple M in regards to this incident."

AdNews has reached out to further Triple M Footy sponsors, which include, Bosch, Cbus Super, Coates Hires, Rheem, Chemist Warehouse and Bob Jane T-mart, but has since received no comment.

Hall was a long-time ambassador for Kleenex tissues and most recently was part of Optus' Get Splashy campaign, participating in its event, 'The Splashies'.