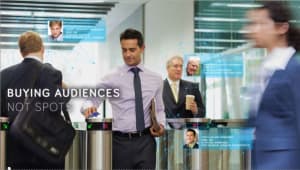 The partnership sees Foxtel's advertising business MCN firmly suring up its spot as a trailblazer in the TV ad selling space, as it takes on representation of Ten Network’s television, online catch-up and digital properties from September 1.

MCN CEO Anthony Fitzgerald said the expanded sales team will remain under the leadership Mark Frain – who was national sales director at MCN, but now takes the role as chief sales and marketing officer.

A total of 120 Ten staff will transition to MCN in roles across the business. Under the new structure, the MCN team will grow to 450 staff nationally – as noted by Adnews earlier this month. 20 staff are staying at Ten and 10 are leaving.

Ten Network sales staff will be integrated into MCN operations around Australia. In Sydney, Melbourne and Brisbane the Ten sales team will move into MCN’s offices. In Adelaide and Perth, the MCN team will co-locate at Ten’s offices.

Fitzgerald said the new structure is the first to align the three worlds of television – free-to-air, subscription and digital video in a “cohesive national presence”.

“This is a sales structure for the times, and one which reflects the evolution of the television and digital advertising model in Australia with a focus on targeted premium video content and accountable, real-time trading across any screen,” Fitzgerald said.

“People remain a priority as MCN focuses on ensuring seamless service for Ten clients and providing the optimum sales representation to the market under Mark’s skilled leadership.”

MCN will establish a South Australia and a West Australia office office under the leadership of two former Network Ten, turned MCN, employees.

Ten's chief sales officer Louise Barrett remains with Ten, "in a role to be determined", a Ten spokesperson said.

“By joining forces with MCN, Ten Network will gain new efficiencies and improved data capability and will be able to provide broader integration opportunities for advertisers, McLennan said.

“We will also be able to further leverage our growing audience with enhanced scale and a broader, more targeted and efficient offering.”

Frain said the new MCN structure allows advertisers to simply and efficiently find and buy audiences across any screen.

“Audiences engage with the very best content, no matter what screen they’re watching. We believe the role of our sales team is to connect brands to these passionate viewers in the most seamless way possible,” Frain said.

“Aided by our significant new investment in trading and data technology, we believe we are in a great position to offer the best premium content and most accountable and efficient trading platforms for our advertising partners.”

The agreement combines MCN’s 68 subscription television (Foxtel) channels with Ten Network’s 15 free-to-air metro television channels. In the digital area, there will be the addition of online catch-up and streaming service Tenplay to MCN’s network of Telstra, Foxtel, Fox Sports and partner sites.

In June, AdNews revelaed how the sun was setting on spots and dots, and the day of selling audiences was dawning as MCN announced the launch of a world-first programmatic TV platform - costing $30 million.