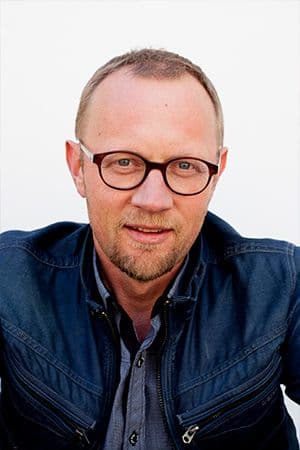 Bang on four weeks ago Omnicom Media Group's CEO Leigh Terry said a Ten-Foxtel-MCN alliance would unleash a new world order in the $4 billion-plus TV and online video advertising market – if it happened. Today it did.

“It potentially changes the order in which you pick up the phone to the TV networks,” Terry told the Financial Review last month.

Others like Carat’s CEO Simon Ryan say the Ten-MCN tie-up could “grab additional marketshare through efficiency and scale”.

What’s abundantly clear is that MCN’s multi-year investment in automation and programmatic trading for TV will allow Ten to leapfrog its free-to-air rivals. Seven and Nine are moving at a gallop on this front but MCN and Foxtel remain well ahead of the FTA TV pack and so, by proxy, Ten now is too.

Whether it’s North America or Europe, MCN’s deal with AOL on its programmatic TV trading platform – now live - has put Australia on the global map as a leading innovator in TV.

And if you’ve ever talked to MCN’s CEO Anthony Fitzgerald in the past decade you would know his penchant for subscription TV and free-to air to align rather beat each other up.  The real competition, he says, is no longer the bicep-flexing stage shows of competing TV networks but those tech-media hulks like Facebook and Google. And the rest of the internet thingy.  Not that many in TV were prepared to act on those calls to unite – until now.

Interestingly, the TV Kung Fu show is not that different to the ridiculous sledging that continues between News Corp and Fairfax. It’s driven mostly by The Australian (my friends there will no doubt scream ‘bias Sir, he writes for the Financial Review!). But that’s the way most in the market see it. Fairfax is certainly not without blemish although I have been admonished in years past by Fairfax editors for writing less than flattering angles on News Corp.  And yes I too have written for The Australian for some years when Lachlan Murdoch had the idea to launch a media section back in 1999 in The Australian.

But this time-warped competitive punch-up between two old news media rivals is terribly anachronistic –  the real competition these days is not a local stoush between two old family media dynasties but rather the same rivals that broadcasters have – Facebook, Google et al.  If anyone was actually listening to the market about the ongoing karate fights between News and Fairfax, they would know everyone’s bored of the myopic, self-interested editorial agendas. And it’s the same for TV land.

Kerry Stokes actually said as much in The Australian today: “I see a future in which the existing mainstream media will have a profitable and prominent place and that includes News Corp, 21st Century Fox, Seven, The West Australian, Nine and Fairfax,” he said. “We tend to spend too much time beating each other up and not looking at the fact that we are still the custodians of a really ­important part of the Australian environment.”

But let’s get off such high-brow ponderings and consider briefly what the Ten-MCN alliance means for the market? The real test will be how quickly Ten can deploy the systems and technology needed to catch-up with Foxtel and MCN’s automated trading and audience targeting capabilities – some argue there is a lot of work to do and could be as far out as 2017. Certainly other FTA broadcasters are citing a two or three year window for getting up to speed on the programmatic trading front. At the moment IPG Mediabrands, Carat and OMD are using the MCN Programmatic platform which has been live in market about six weeks.

Some other challenges for Ten and MCN are that they are managing very different business models – subscription revenues drive a majority of Foxtel’s business, helped along by TV’s fastest growing advertising operation at MCN. But how well can MCN manage the yield play of a free-to-air broadcaster with finite inventory to sell versus a lower yield strategy for Foxtel channels in which shifting inventory across 60-plus channels is a very different challenge?

Given Fitzgerald was a longtime FTA TV player before jumping to Foxtel expect at least a bit of nous on this juggle. But a real juggle it will be. How the new advertising sales unit for Ten and Foxtel and a bunch of online properties takes shape will be very telling.

And there is another point to note – MCN’s Landmark trading platform will eventually allow Foxtel and Ten to compete against online video networks like YouTube by putting up inventory in exchanges that digital buyers can access. This is clearly where a lot of advertiser attention is going at present – what is the optimal channel investment mix for TV and video? Certainly a growing number of industry voices are tackling the YouTube threat.

TubeMogul’s local boss, Sam Smith, made it very clear at the AdNews Media Summit last month that the industry should not get blindsided by YouTube dazzle.

“Google is out quite prominently saying 70% of Australian video consumption is happening on the YouTube platform,” he says. “That’s probably close but not every piece  on YouTube can have an ad fronting it. When you look at ecosystem, video ads on YouTube is probably less than 30 per cent.”

Foxtel, MCN and Ten – at this stage they’re probably the ones to watch.

Read what McLennan said about what the deal means here.