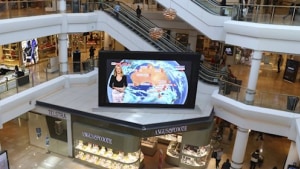 MCN is understood to be bolstering its out of home offering over the coming weeks, with the business tipped to win a major piece of OOH business.

AdNews understands the sales house, which earlier this year revealed its intentions to push for greater growth in the OOH sector, is in the final stages of securing a major retail client.

Sources say the client was previously held by one of the major out of home players, which following the mega-mergers of last year, went from four to two, with Ooh!Media and JCDecaux now the dominant businesses in market.

MCN is also understood to be in conversation with a handful of other OOH distributors across Australia, with the business closing in deals.

"Our 120 plus OOH screens across Australia, combined with MCN’s vast digital and TV network, allows brands to connect with consumers from couch to check-out, so any new representation acquisitions will ensure we continue to offer this point of difference and most importantly, mass audiences at scale.”

AdNews previously spoke with MCN regarding its position in the OOH market, with the business indicating the it would ramp up its investment in its digital screen business in 2019.

MCN is also expecting to announce a new new sales head for its OOH assets in the coming weeks, following the departure of Ben Allman, who formerly ran the OOH sales team.

Following the end of its sales house representation deal with Ten last year, MCN revealed it would look to expand the business beyond its main TV and digital ad sales offering.

As the OOH market adjusts to the major market shift of last year, sources close to AdNews have indicated that other, now smaller players by comparison, are looking to execute another major merger to rival that of Ooh! and JCDecaux.

Other players have also looked to diversify their businesses outside of the "traditional" outdoor space, with QMS investing heavily in its sports signage business.