MCN CEO: 'Rest assured there is a plan' 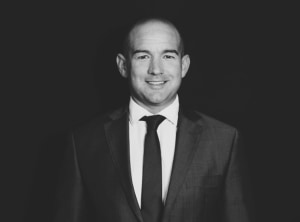 MCN boss Mark Frain has assured staff and partners that there is a plan to accelerate "growth and innovation" within the business, following the recent sales house split form Network Ten.

Last week it was revealed the CBS-owned Ten would be ending its ad sales partnership with MCN, as it looked to bring sales in-house, citing it as "an unsual relationship" that CBS didn't wish to continue.

Since then, all eyes have been on what's next for both parties, with MCN losing a significant chunk of its business.

AdNews spoke with Frain, who only recently stepped into the CEO role, taking over for long-time boss Anthony Fitzgerald, to get an understanding for where the business is heading and how he will lead his team through a period of change and development.

"Rest reassured, there is a plan and there's obviously key timelines along the way to get to the position where Ten brings sales back inhouse," he says.

Frain says while there is "clearly a change in top line revenue", the company is not concerned and will remained focused on innovation and technology, areas he says MCN has been long-time leaders of in the industry.

MCN is now looking to reposition itself moving forward, with Frain adding that the company is innovating "faster than it ever has before".

"Our business is innovating faster than it ever has and that alone gives an energy and confidence to the people within MCN and where we'll be going to next."

Frain says the work the business is doing with Foxtel, which is a majority owner of MCN, will be a major focus for the business in 2019, once its partnership with Ten ends on 1 January.

He says MCN will be working towards "bringing to life a better advertising experience" for the subscription TV service through new technology platforms, which the company will be announcing over the coming months.

As for the broader future of the business, Frain says he sees far less challenges than there are opportunities, despite what recent changes may indicate.

"I came into the role with confidence and based on a number of businesses that have approached us to either do more work with them or things that we haven't represented, there is that sense of excitement about where MCN goes next," Frain says.

"The sessions that I've had recently with the staff suggest that there is enormous energy for the opportunities moving forward."

Prosser says the future of Ten's sales is still unclear, but it will be looking to recruit talent from across the industry.