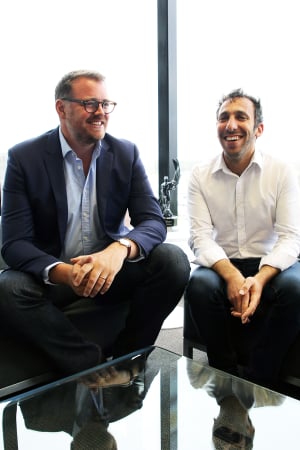 McCann Melbourne has been appointed as the media agency of AGL despite the energy firm renewing its contract with GroupM agency Maxus in November.

It is thought that the media account for AGL is around $15.7 million according to Nielsen.

The agency picked up the creative account for AGL in January in what McCann Melbourne MD Adrian Mills called “the cherry on the top” of a good year for the agency.

The agency told AdNews in April that is was boosting its media capabilities with McCann Worldgroup Australia CEO and chairman, Ben Lilley, calling it the agency's focus for the year.

At the time Lilley said media had gone from comprising zero to 10% of the revenue in its Sydney office.

AGL marks the first big media win for the agency since articulating its focus. It is believed it moved without a pitch.

"Our customers’ needs and media consumption habits are rapidly changing and we felt it was time for a fresh set of eyes to look at our business. We have enjoyed working with the Maxus team over a number of years and thank them for their hard work on our account."

“We have identified a new partner which will be announced shortly. We will not go through a pitch process.”​

It has been understood that McCann has been staffing up its media capabilities for some time, with the agency hunting for new roles to work with its media manager and senior planner/buyer positions.