AGL is “cherry on the top”: McCann 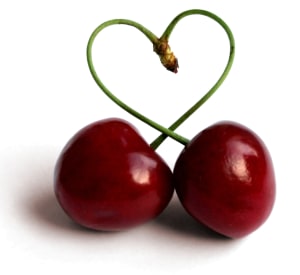 McCann Melbourne MD Adrian Mills has called winning the AGL pitch the “cherry on the top” of a good year for the agency, but has said selling resources that people require – rather than want - is one of the great challenges in marketing.

Mills said that while 2014 started off tough for the agency, a huge amount of work saw the agency finish off the year with a bang, including an almost 50% success rate with pitches and the acquisition of lots of talent in the last six months.

While adding that the AGL win was “the cherry on the top” for the company he said the work of advertisers when it comes to the energy sector as a whole has changed.

“It is one of the great marketing challenges, selling something people really aren't interested in,” Mills said.

“When it's as ethereal as energy you find that most of the category try to differentiate themselves on price which is just the inevitability when you can't differentiate on purchase or positive factors.”

Mills said energy used to be primarily sold through direct marketing with salesman going door to door. With that channel less available, it means advertising has a more direct purchase role, particularly with digital channels.

“The role of advertising used to be to soften up for door knockers to come around and do the hard sale,” Mills said.

“When you have door knocking you have massive physical availability, so you have people putting the product in front of people to buy. Now it’s changed and we need to get very good at direct selling through mass media.”

McCann has made a number of senior hires over the pat few months and Mills said having such a strong team and solid to put in front a potential client helped secure the AGL win.

He said in terms of timing, he would expect work for AGL to come out through the middle of the year.

“We really liked the way we worked together during the pitch: it wasn't just us standing up there dictating it was quite collaborative,” Mills said.

“I think that in most cases pitching really comes down to the people you put in front of the client and we have a really good bunch of people here.”

McCann was recently appointed as AGL's new brand and advertising agency beating out incumbent GPY&R. Its media is currently handled by Maxus.

While it wouldn't be drawn on the finer details of its future campaigns and preferred media channels, an AGL spokesman said the company has used a broad range of outdoor channels for campaign activity in the past, including trams, bus shelters and supersites, and that it will continue to work closely with its agency partners to "identify the best opportunities to communicate with audiences in the outdoor space".