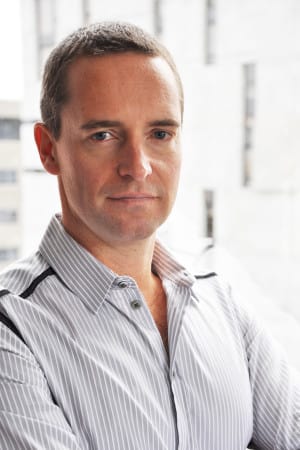 McCann is making a push for media, with McCann Worldgroup Australia CEO and chairman Ben Lilley telling AdNews that it is the focus for the agency this year.

McCann currently offers media planning and buying to a small number of clients and since 2014 it has gone from comprising zero to 10% of revenue for its Sydney office. This year it’s looking to focus on boosting media business from new and existing clients as well as the media talent in its ranks.

Lilley, who has been part of McCann since the reverse takeover of SMART in 2011, said: “Each year that I’ve been here at McCann there has been an overarching theme of where we’ve had to focus on continuing to evolve the business. The first year, clearly, it was creative evolution, but alongside a complete digital overhaul. That evolved into a real focus on effectiveness, ROI and demonstrating the effectiveness of our creative success.

“What I can see as the evolving theme for us this year is how we can better creatively and strategically harness the media opportunity we are seeing with the continued fragmentation of the media landscape and the creative and media agency divide.”

Lilley is no stranger to pushing the boundaries, and alongside McCann national CEO Ash Farr, and former national executive creative director John Mescall, who is now in New York, is credited with the agency’s much publicised turnaround.

Earlier focus was on overhauling McCann’s old and very traditional agency model. Now, Lilley said, a key industry issue is the exhaustion clients are feeling from dealing with a range of different agencies because their creative and media is siloed.

“We’re finding some clients are being let down and are continually frustrated with having to deal with numerous marketing suppliers for their different needs,” Lilley said.

“So we’re getting more and more clients who are – rightly – asking for not just highly creative and strategic campaign solutions, but also for more strategic and creative media solutions to make their entire marketing more cohesive.”

While Lilley doesn’t expect to be taking on the big media buying groups any time soon, he does believe creative agencies are better placed to handle media planning.

“Media planning is a growing service offering for us ,” he said.