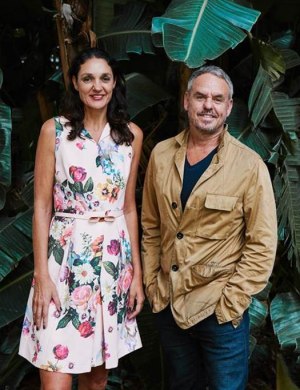 Spiller has previously work at Host and DDB Melbourne, as well as in the US at ad agency Fallon.

Also joining the McCann team is co-founder of Ugly, Klønhammer, who has also co-founded and headed up Anomaly Amsterdam and worked at Wieden+Kennedy Amsterdam for more than a decade.

“We are aligned on our goals and values and have great respect and appreciation for each other. It’s a privilege to have them join us.”

Alongside the announcement, McCann Sydney revealed ECD Jerker Fagerstrom has decided to leave the agency to return to Sweden.

Spiller, who exited Host/Havas after 18 months, says he looks forward to joining the team to help “build and reinvent something”.

Klønhammer, who is credited with growing and respositing brands such as Nike, Converse, Diageo, and Heineken, says he’s excited to join the team.

“McCann Sydney is at an interesting crossroads, evolving their agency model to be more progressive and with a huge focus on creativity - not just from the creative ‘department’ but across every aspect of the business,” Klønhammer says.