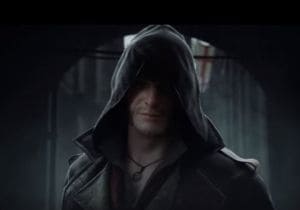 Four months after Havas won the pitch for French gaming giant Ubisoft globally, the account has flipped back to GroupM globally. It's understood that Maxus will take on the account here.

The flip is thought to have been prompted by fears that an increased stake in Ubisoft, by Havas owner Bollore Group, could threaten the independence of the gaming firm.

Vivendi, the French TV content business owned by the Bollore Group, raised its stake in Ubisoft, becoming the largest stakeholder with just over 10% of the business.

The Bollore Group owns 60% of Havas globally and Yannick Bollore, son of the group's CEO Vincent Bollore, is global CEO of Havas.

It's rumoured that the move is in effect a punishment for what could be interpreted as hostile stakeholding by Ubisoft's management, but that the account could yo-yo back to Havas globally next year.

Havas is prepping to launch its Arena Media agency brand as a conflict shop in Australia, with EA Games as its founding client after winning a pitch for the business. It's not known how the move of Ubisoft will affect those plans.

In Australia, the $2.4 million account was previsouly held by Essence Media. Globally it was held by various GroupM agencies.