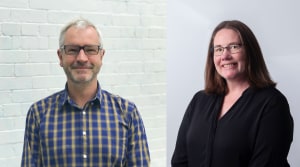 AdNews revealed yesterday that Crook would be exiting the digital media agency after two years, with the former CEO taking the new role as part of continued growth and a string of new client wins.

At Nunn Media Crook will oversee strategy, data, technology, activation and digital. This is the "biggest hire to date" for the agency, which now has an annual billings of $275 million.

“Matt’s leadership and expertise will be invaluable at a time where clients are facing challenges across media, data, technology and digital," Nunn Media founder and director Matthew Nunn says.

"He joins, in this new role, at a pivotal time as we continue to grow and secure new business across sectors. I welcome him to the team."

Prior to Admatic he had been the first CEO of Amplifi Australia, DAN's independent investment arm, which AdNews revealed last week would close its doors and reintegrate back into its core media brands.

Crook's appointment also coincides with the promotion of Sarah Thom, Nunn Media's current head of commercial, who will now become head of client service and growth.

Thom, who joined Nunn Media in August last year, will take on the new role of head of client service and growth with responsibilities for commercial, client services and global independent media agency network, Local Planet.

A former general manager at Mindshare Melbourne, she has also held senior roles at Vizeum and Mitchell & Partners.

“In a short space of time Sarah has demonstrated her ability to drive the business forward and work with our clients to help them achieve their objectives," Nunn says.

"She undoubtedly has the skills needed to help us reach our goal of being a $500 million media agency by 2022 and I’m delighted we have been able to look from within to make this appointment.”

The agency has also become a shareholder of Local Planet which aligns the largest independent agencies around the world in a referral and pitching capacity.