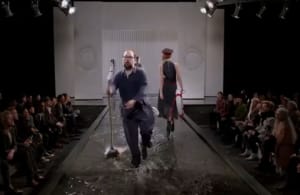 Last week mars revealed a new slogan in Australia, designed to replace the 'Work, Rest and Play' line that it has used globally on and off for the past 20 years. The brand refresh, led out of Clemenger BBDO Melbourne, has the potential to go worldwide, Mars marketing manager for Australia Matt Graham told AdNews.

Last week Mars unveiled the 'Put some play in your day' campaign that sidelines the work and rest segments of the  former brand slogan and focuses on play to help differentiate in the marketplace.

Graham said the success of the campaign was being watched by Mars offices around the world to see if it would translate for other markets.

“I think the challenge we've had with the brand is that over the last 20 or 30 years our communication has been to go out and work hard....run a marathon with Steve Moneghetti and youll get the energy you need to do that by having a Mars,” Graham told AdNews.

“The context and the environment around that 'work' has shifted. There are a lot more products that can deliver that, and what we're trying to do is try to be a bit more contemporary and give a bit more context about the market we live in today.

“It's about putting fun moments in your day, leveraging off 'play'.”

Unveiling the ad, Clemenger BBDO claimed that the campaign would create a platform Mars could leverage off for the next 10 to 20 years, drawing a comparison with another of Mars' brands; Snickers.

While the tagline for Snickers remains “Snickers Really Satisfies”, it has been able to leverage “You're not you when you're hungry” to create a raft of content for the brand.

“It wasn't part of the brief, it wasn't intentional about trying to emulate Snickers,” Graham said.

“It certainly has evolved into something similar, but we really wanted a campaign idea that could move beyond TV and although TV be used at the heart of our media strategy, we want to make sure we've got a campaign that can move well beyond above the line – more through the line.”

He said the “Put some play in your day” idea could be used to launch a swathe of 'snackable content', short brand pieces which appeal to its core demographic of 16-24 males.

“Consumers aren't silly, so we've got to be mindful that they can see beyond advertising, and particularly in the digital age people are engaging with content. What we've got to do is get the balance into our advertising,” Graham said.

“Advertising today needs to either move or or entertain me just as a piece of content. The entertainment piece is at the heart of what we're trying to achieve with this campaign.

“I think the balance has moved more towards entertainment than advertising that pushes the brand into your face.”

Graham also said that Mars worldwide would invariably look to see if the campaign worked in the Australian market to see if they could adopt the idea in other markets.

“There's no doubt we're one of the lead markets for Mars around the world, and the eyes of the Mars world are on us to see what this campaign can deliver for the brand,” he said.

“If we believe it's effective when we review it in three to four months, then absolutely it may be picked up in other markets the same we would look to other markets.

“The origin of the ad is here, we shot it in London, and the campaign started in Melbourne but if it works it will absolutely go global.”

He also noted that the global focus of Mars on Australia as a marketing test market invariably shaped the way it structured its communications.