Mardi Gras Wrap: How brands are showing their support 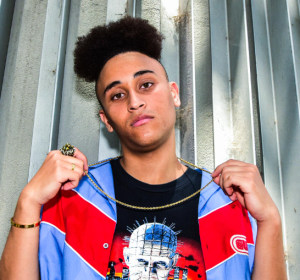 With the Mardi Gras parade just days away, brands have rolled out their campaigns to support the event.

Big names such as Facebook, Qantas, Myer, Salesforce, Google and Bumble have joined the Mardi Gras as partners, with ANZ bank as principal partner.

The parade will be held on Saturday, February 29.

Here are some of the big brands getting onboard.

ANZ
ANZ is fighting homophobic language for its Mardi Gras campaign this year. The bank, known for its GAYTMs in previous years, created the #LoveSpeech campaign with a film to bring attention to the negative effects hurtful language has on the LGBTQ+ community. Directed by The Glue Society, the unscripted film portrays lesbian, gay, bisexual, transgender, intersex and queer individuals sharing their lived experiences. ANZ is also expanding the campaign to out-of-home, with a billboard overlooking the Mardi Gras parade-route stating “Boys Should Never Wear Dresses”, only to see LGBTIQ+ graffiti artist David Lee Pereira adding "Without A Killer Pair of Heels”. In addition, ANZ has created a Google Chrome extension called the “Hurt Blocker", which transforms hurtful slurs into fun-loving emojis.

Levi’s
Levi’s has launched its Pride 2020 range, along with its Use Your Voice campaign. The inititiatve documents 10,000 people who identify as anthing other than heteronormative.

Facebook and Instagram
Facebook has rolled out a series of initiatives to support the LGBTQ+ community this Mardi Gras. This includes its “Your Voice Matters” campaign, rainbow hashtags and, for the first time, rainbow Stories rings on Instagram. The social media giant is also spreading the fun to Facebook, with a new Mardi Gras animation for every post that includes “Happy Mardi Gras”. Facebook is also returning to the parade with a float.

Ten Play
10 Play rolled out a series, Out Here, about LGBTQ+ individuals living in regional Australia. In partnership with Screen Australia, the series is available to stream on 10 Play and follows the diverse stories of the LGBTQ+ community, from a farmer facing the loneliness of being a gay man in regional Australia, to a transgender women travelling to Korea for surgery.

JCDecaux
JCDecaux is bringing back the rainbows on its advertising panels along the parade route. The out-of-home giant has also become an official media partner for the event and will feature advertising for the Sydney Mardi Gras festival on other street furniture, rail and transit signage across the city. The JCDecaux rainbow logo will feature on all 20 of its advertising panels, including bus stops and phone bollards, along the parade route throughout the Mardi Gras festival from February 16 until March 2. 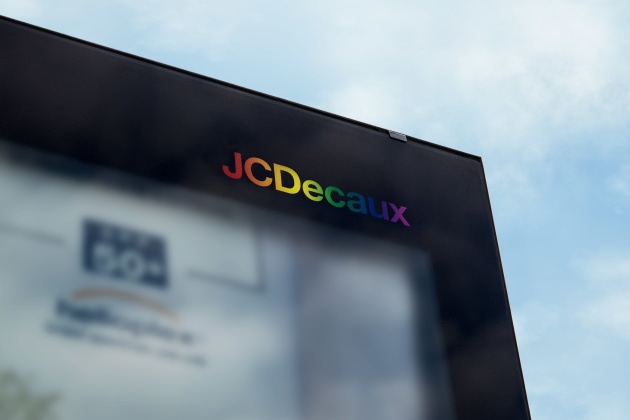 Bumble
Bumble has joined Mardi Gras as a supporting partner. To celebrate the partnership, the dating app brought its “Queen Bee” throne to Mardi Gras Fair Day. Additionally, users can apply in-app for the opportunity to experience the world-famous Mardi Gras Parade from a VIP viewing area at Taylor Square, and then attend the sold-out Official After Party headlined by Dua Lipa, Sam Smith and Kesha.

HuffPost
HuffPost Australia has launched its Proud Out Loud campaign. The initiative features a series of stories celebrating the change-makers within the LGBTQ+ community, both within Australia and globally. Profiled in the series, which was created in partnership with Verizon Media Studio, is local Aboriginal drag artist and curator of Koori Gras: Blak Nulla, Nana Miss Koori, gay rapper and saxophonist of Kenyan and Sri Lankan Tamil heritage JamarzOnMarz and non-binary Transgender woman Chloe London AKA Sunday Best.

Bonds
Bonds has launched its Out Now campaign, created by Leo Burnett, to allow Australians to share how long they have been out. The film, supporting the release of its new Pride range, features individuals who have been out from six months to 55 years.

Absolut
Absolut has launched its Absolut Love Letters campaign, celebrating the stories of the LGBTQ+ community. This includes allies and friends of the community. With Australians noting that the loudest voices are the most negative ones, the brand is hoping to change this.