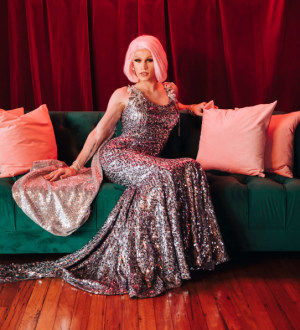 The Mardi Gras parade is coming up and brands are already in full swing.

So far big businesses such as Coca-Cola, Absolute and Facebook have rolled out content from clever billboards and street art to mark the celebration.

Last year ANZ rolled out its iconic GayTMs again, while Holden was riding around in rainbow utes.

On the day of the parade we also saw Medibank’s interactive ‘Kiss Cam’ float. The float channeled its #BetterWithAKiss campaign, which celebrated a ‘kiss as a universal symbol of love’, transcending gender, age and sexual orientation.

Here's a wrap of what brands are doing.

JCDecaux
JCDecaux is showing its support for the Sydney Gay and Lesbian Mardi Gras by rebadging all its advertising panels along the parade route with rainbow logos for the first time.

Jaguar
To promote its sponsorship of the Queer Screen 26th Mardi Gras Film Festival, Jaguar and its JV agency Spark44 have created an integrated communications campaign “Fit for a Queen”, celebrating individualism and Queer storytelling.

ANZ
ANZ teamed up with TBWA Melbourne to take its support for the LGBTQI community beyond inner-city Sydney and across Australia. It's selected Oxford street signs around Australia and transformed them into fabulous Mardi Gras sculptures. With 84% of LGBTQI individuals expressing there are still parts of Australia where they feel unsafe, it's an important move to take the celebration to more isolated areas.

Wella
Wella has teamed up with DDB Sydney and Mango Communications to launch a new campaign celebrating the Sydney Gay and Lesbian Mardi Gras. The work features Courtney Act and as a sponsor of the festival, Wella is embracing and celebrating colour in the social clip, as well as people’s individuality.

Woolworths
Last year Woolworths joined Sydney Gay and Lesbian Mardi Gras as a major partner for the first time. This year it’s also taking part in the parade with a float on the day including 80 team members. 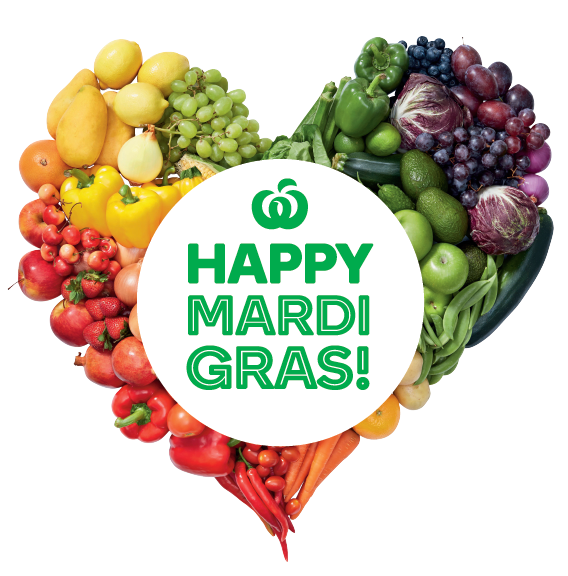 Google
Google Australia is supporting the Mardi Gras Community Grants program this year again. It’s also partnering with the Sydney Gay and Lesbian Business Association to host a free digital skills training event in Sydney for LGBTQI individuals and allies who own or manage a small to medium sized business.

Myer
Myer is the exclusive fashion partner for Mardi Gras again this year, with a number of its key brand partners producing merchandise ranges in line with the celebration. This year brands include; Levis, Calvin Klein and Marcs.

Absolut
Absolut has rolled out its Absolute Love campaign celebrating Australian marriage equality. Created by Cummins&Partners, the first major locally created campaign in eight years features its iconic posters aligned to its major partnership with Mardi Gras. However, instead of featuring names of its bottles, it includes 282 names of the LGBTQI Australians who said ‘yes’. 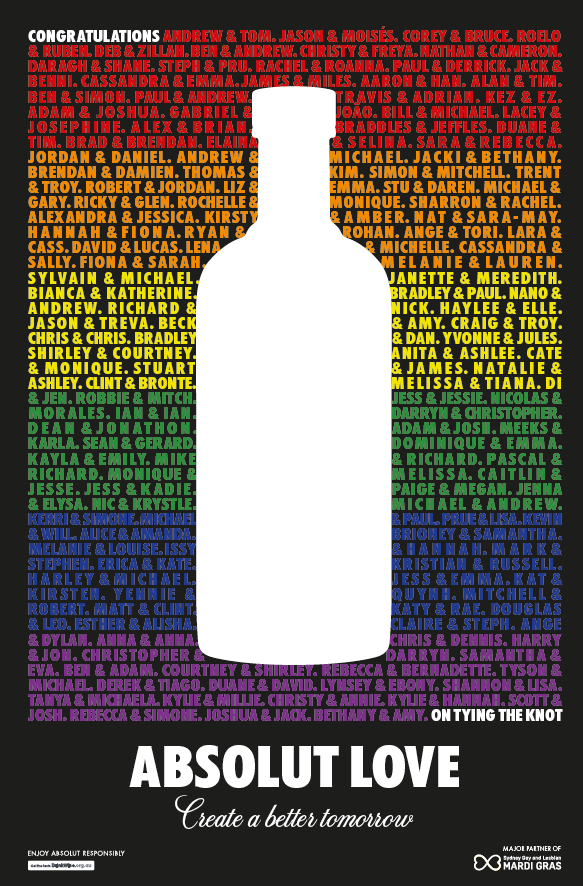 It also revealed graffiti art which was spotted last week near the AdNews office. 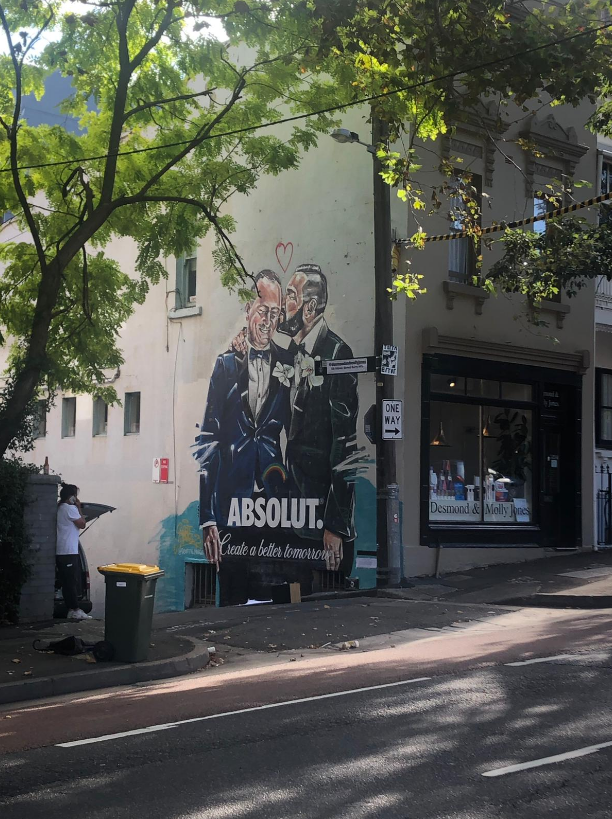 Coca-Cola
Coca-Cola has made a tradition of flipping its iconic Kings Cross billboard to support various events, and this year it delivered with a sign saying 'Welcome to Queens Cross'. 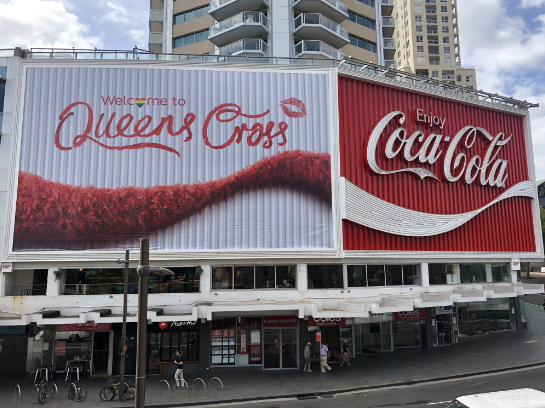 Salesforce
Salesforce is joining the Sydney Gay and Lesbian Mardi Gras as a major partner for the first time. As part of the celebration Salesforce will have a float at the Mardi Gras parade and is partnering with JOY 94.9. 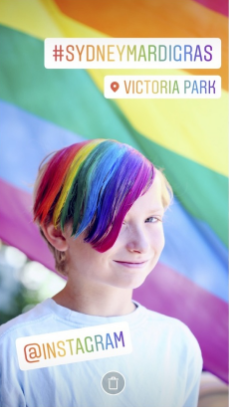 ANZ
ANZ, the principal partner for the Sydney Mardi Gras, is launching its official campaign later this week. The bank became famed for its 'GayTMs', which took out the Grand Prix in the Cannes Lions Outdoor category in 2014.

Chatime
Chatime joined the Mardi Gras Fair Day, the community event highlighting the music talent in the LGBTQI community. It humoured people on the day with a sign of its drink that read: “The best bits are at the bottom'.

So I’m pretty sure @ChatimeAU had the best slogan at #FairDay today 😂 pic.twitter.com/JoUwt5op0a

Hush Puppies
Hush Puppies has launched the 'official shoe' of the Sydney Mardi Gras, complete with rainbow glitter. Half of the profits made from sales go the Sydney Gay and Lesbian Mardi Gras Grants Program. 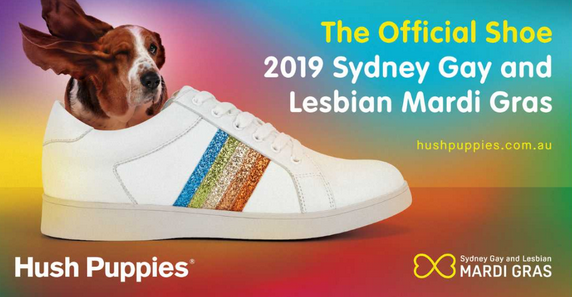 Have we missed any? Email mariam@yaffa.com.au