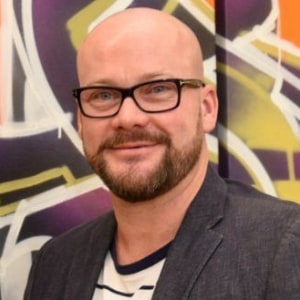 A new influencer platform, Jooc’d, aims to end tokenistic advertising to the LGBTQI+ community, while also cleaning up trust in influencer marketing.

Jooc’d, launched in May by Nigel Hickey and Mark Alexander, connects brands with LGBTQI+ influencers across Australia, New Zealand, the UK and the US.

Hickey, group managing director, says the idea came after they received a brief from a brand in January to create a campaign leveraging Mardi Gras.

“Advertising to the LGBTQI+ community doesn’t have to be a seasonal event activity,” Hickey says.

“We thought we could open it up permanently and give people access to know where to go if, for example, they want to work with a same-sex couple with kids.”

“It’s not only a safe way of working for the brand, but also the influencer. We make sure we're pairing them with brands that actually do support the community and have a commitment to do something bigger long-term.”

Over the years we’ve seen more brands engage in advertising that supports the LGBTQI+ community, including big business like Coca-Cola and ANZ.

However, Hickey notes it’s still only a handful of the world’s brands, and hopes Jooc’d makes it easier for smaller businesses which don’t have the budget for niche targeting to do so.

In addition to making LGBTQI+ people more frequently represented in ads, he aims to also improve the quality of ads through Jooc’d, saying advertising to the community has been a “little bit hit and miss”.

Recently, Calvin Klien was accused of “queerbaiting” in an ad featuring US model Bella Hadid kissing female CGI influencer Lil Miquel and eventually issued a statement backing down from the ad.

“Rather than going out to every influencer with a brand campaign, we invite ones that we believe are the right collaborative fit,” he says.

“We then tactically look at their audience and make sure the pairings are right. We're trying to minimise backlash of somebody promoting a brand that just doesn't look like a brand that they would even buy.”

With influencer marketing under scrutiny over a lack of trust and transparency, Hickey says it was important for Jooc’d to provide brands with robust reporting and data.

“I think everyone is aware that understanding audience and the authenticity and fake followers is absolutely critical to the future of the industry from an influencer perspective,” he says.

“If you built a platform a few years ago, it's going to take some time to be able to integrate that process into your platform build and the cost and the time to do that.”