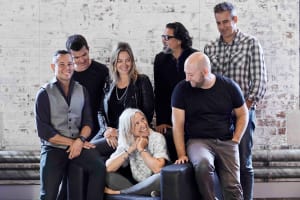 Marcel Sydney: The agency is deemed the “creative engine” of the Publicis business

This is a free excerpt from the AdNews February issue. To read the whole feature download a digital version of AdNews or subscribe to the premium print edition here.

Marcel is an unknown quantity in Australia, but in Europe it’s a well-known hot shop. With five offices − in Paris, New York, Mexico City, Sau Paulo and now Sydney − it is one of Publicis Groupe’s offbeat creative gems.

The Sydney office officially opened its doors in March 2016 and was born out of a number of circumstances coming together in December the year before. At the crux was the fall of Droga5 and Publicis Mojo.

Both shops had their time in the spotlight. The Droga5 story is well−known and Mojo, a 40−year−old Australian creative brand, was at one time one of Publicis’ gems in Australia, but it had lost its shine. Out of their ashes rose Marcel - an entirely different beast.

When the news emerged in December 2015 that David [Nobby] Nobay, who has 40 Cannes Lions under his belt, was back at the helm of another Sydney agency, a few eyebrows were raised. It was just three months after Droga5’s unceremonious shutdown, and a large portion of the demise had been pinned down to the creative leader’s lack of focus on the agency. In a very frank and brutally open interview with AdNews in 2015, Nobay took full responsibility when the agency was floundering. He came to terms with it, and moved on.

"We got feedback from a lost pitch that 'we just think you guys are going to be a white knuckle ride'. But, I'm quite proud when I hear that," CEO Gavin Levinsohn.

"It was all a bit chaotic and unplanned. But I went over to Paris and met the Marcel team... I was still raw and angry and that really appealed to the French," founder David Nobay.

To read the whole feature download a digital version of AdNews or subscribe to the premium print edition here.