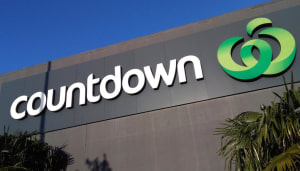 M&C Saatchi is replicating its bespoke agency model, Greenhouse, to service the Countdown business in New Zealand, AdNews can reveal.

The shift sees Countdown end its relationship with Y&R New Zealand, now VMLY&R, just 12 months after the supermarket giant appointed the agency as its lead creative agency. Y&R replaced Ogilvy, who had had the account for more than 20 years.

Greenhouse was set up in 2016 to service the Woolworths business, called Countdown in New Zealand, after M&C Saatchi won the account from Leo Burnett.

While M&C Saatchi declined to comment, AdNews understands Greenhouse will work in a similar way to its Sydney offering.

Countdown GM of marketing Jo Rose confirmed the move to AdNews and said the brand will set up a shared workspace in Auckland with local Kiwi creative talent and our local marketing team.

“We want to build the best brand for our customers and focus on what really matters to New Zealanders and that requires a different way of working with our agency partners," she said.

"We’ve previously explored whether the Greenhouse agency model is right for us here in New Zealand - where we can be truly collaborative in the way we work together and 100% focused on our customers, our team and our brand - and have decided that the time is now right to set up Greenhouse NZ with M&C Saatchi, and continue to build Countdown as one of NZ’s most loved and trusted brands.

"We think this will bring us some really tangible benefits in how we collaborate, co-create and respond to the speed of retail."

Rose thanked Y&R for producing great work in a short space of time, with the agency credited for introducing the 'We Can Help With That' brand platform and its 2018 Christmas ad.

VMLY&R NZ said the agency has "significantly shifted" the way Countdown appears in market in its work.

"While we are naturally disappointed to see the end of such a successful client-agency partnership, we respect Countdown’s decision and we wish them every success.

"We are immensely proud of the work we have produced for Countdown and we’ve thoroughly enjoyed building our partnership with the team."

The history of M&C Saatchi and Woolworths

M&C had held the Woolworths business for 12 years, but lost it to now-defunct Droga5 Sydney in 2012. It was a relationship which many regarded as doomed from the start suggesting that taking on the behemoth supermarket account drowned the small, boutique agency from the get go. Then followed a two year stint at Leo Burnett where the creative returned to price led messaging with the introduction of the 'Cheap Cheap' positioning that echoed Coles' Down Down slogan.

The first major work to come out of the bespoke shop in 2016 was the start of a complete repositioning for Woolworths and introduced the 'Thats Why I Pick Woolies'  tagline.

The approach intended to be both rational and emotional to establish a connection with customers after several years of very tactical messaging on price. Woolworths marketing boss Andrew Hicks has nothing but praise for the work the Greenhouse model has produced over the last two years.

In Sydney, Greenhouse operates outside of the M&C Saatchi offices in Surry Hills, but is still part of the group, and houses around 100 people full-time of agency and client staff. The creative is led by M&C Saatchi longtime leader Tom McFarlane. It remains to be seen if McFarlane will be involved in setting up the New Zealand office.

The launch of Greenhouse in New Zealand also marks M&C Saatchi's return to the market. M&C Saatchi once operated in New Zealand but exited in 2014 after poor performance and losing several clients. AdNews understands M&C Saatchi is not setting up its main brand agency at this stage.