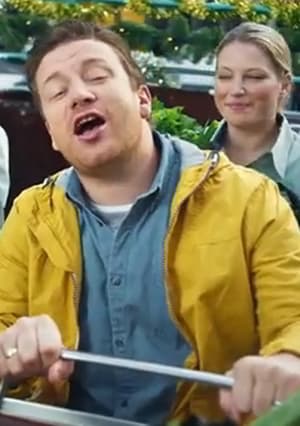 Droga5 was thought to be out shooting the latest Jamie Oliver commercial for Woolworths last week.

Leo Burnett is rumoured to be looking for up to 40 new staff after Woolworths handed the firm its creative business with incumbent Droga5 out as lead agency. The retailer has also appointed a new chief marketer, former Coles marketing honcho Tony Phillips, and promoted key marketing staff internally.

Leo Burnett declined to pitch the last time the business was in play, but has picked up the account this time around without a pitch, AdNews understands. In a statement, Woolworths thanked Droga5 for its work, and left room for the agency to work with it in future, but it is understood that the business will handover in weeks.

Leo Burnett will need to conduct a review before precise numbers are known, but it is thought that up to 40 staff have been working on the account at Droga5.

It is thought that no instruction for key staff to come across with the account has yet been issued. Handover to the agency is believed to be scheduled for May.

The news comes as Woolworths is whittling down the agencies vying for its $200m media account, with the new contract set to commence quickly with a new agency, or the incumbent, once decided in the next few weeks.

Phillips appointment as CMO is new operational role at Woolworths and is part of a restructure of the marketing division. Jess Gill has been appointed to a new strategic role of director, customer experience.

The reshuffle follows a number of senior marketing changes across the Woolworths business over the last 18 months.

Following that move, Gill was hired as supermarkets general manager of marketing in September.

Woolworths announced the changes in a statement, pasted below:

Monday, 24 March 2014: Woolworths supermarkets has announced the appointment of Tony Phillips as Chief Marketing Officer.
Tony has enjoyed a successful career in the Australian advertising industry. He was the founder and Managing Director of AdTown. He was also Managing Director of George Patterson Melbourne handling clients like Carlton United and National Australia Bank.
Tony joins Woolworths from Coles where he has spent the previous seven years in the roles of General Manager Marketing Communications, General Manager Sponsorships and Events and General Manager Category Marketing.
The Chief Marketing Officer role is a new operational role at Woolworths and is part of a restructure of the Marketing division.
Jess Gill has been appointed to a new strategic role of Director, Customer Experience.
Jess will be leading the development of Woolworths’ brand strategy, format development including store design & layout, online customer experience and embedding deeper customer insights throughout our business.
Tony will build on the foundation laid by Jess and will further enhance our leading position on price, fresh food and inspiring a healthier Australia while strengthening the capability of the marketing team. Additionally, Woolworths is seeking to expand its agency roster and as such has added Leo Burnett. Managing Director of Australian Supermarkets and Petrol, Tjeerd Jegen, said, “We’re very excited to be adding one of Australia’s premier creative agencies to our roster and I believe this addition will help us stay ahead of the pack in what is a very competitive market. “I’d like to sincerely thank Droga5 for their work over the past two years. The successful More Savings Every Day campaigns have shown they were the right choice and now we move into a new era. The addition of Leo Burnett will be a great fit for Woolworths. “With a new marketing team of Tony and Jess, combined with a new creative agency in the roster in Leo Burnett, I know we will further strengthen our position as Australia’s leading supermarket,” he said. CEO of Leo Burnett Australia Todd Sampson said, “Tjeerd, Jess and Tony have huge ambitions for Woolworth’s and it’s now our job to help bring them to life. I can’t wait to get started.”