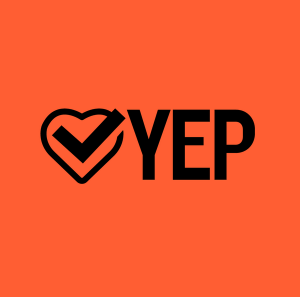 M&C Saatchi Sydney has launched a music festival in partnership with Australian Marriage Equality in a bid to show its support for same-sex marriage and drive awareness for the Yes campaign.

The event kicks off on Sunday 29 October during the crucial final week before the marriage postal votes are due back to the Australian Bureau of Statistics.

YesFest will be broadcast live across the country on YouTube and is supported by content partner MTV.

M&C Saatchi has approached its own clients to get on board, also signing up Ben & Jerrys, General Pants and Mardi Gras as corporate sponsors.

Speaking to AdNews, M&C Saatchi general manager Mim Haysom says the business jumped at the opportunity to do something different when approached by five creatives, including Jonno Seidler, Curt McDonald & Chris Brailey, Taylor Thompson and Prue Purnell, who wanted to do more for the cause.

"It's important to us to support the creative ideas of our team and what they believe in. We strongly champion diversity and inclusivity within our business and being part of a cultural conversation like same-sex marriage is something we wanted to get behind," she says.

"We are entrepreneurial and innovative. We aren't afraid to jump in unchartered territory and have a crack."

The project has been underway for six weeks and Haysom admits the team has had a lot of sleepless nights pulling it together.

So far, M&C Saatchi has used its own resources to launch the event. It will team up with event management company Our Friends Electric moving forward.

All profits beyond hard costs are going to the Equality campaign, but M&C Saatchi will benefit from the flow on effect.

"Potentially some clients will be interested in what else we can do. We may be added to consideration lists that we may have not been on before," Maysom says, adding it will also lift M&C Saatchi's reputation amongst millennials in the industry.

"The millennial generation likes to be part of a purpose-driven organisation which has a social conscience and support things they believe in. It's really important for every business to work with and appeal to that generation."

When asked if M&C Saatchi could branch into music events if YesFest proves a success, Haysom says "never say never".

"It's never easy to make great ideas happen and there's always a risk. But as the leaders of a creative business, our responsibility is to make things like this happen and have a positive voice in the community to drive change within the world," she adds.

Australian Marriage Equality co-chair Janine Middleton says the next month is crucial in order to make marriage equality a reality and YesFest is an opportunity to connect with hundreds of thousands of Australians, encouraging them to have conversations about marriage equality with their friends, family and neighbours.

"We’re thrilled to be working with some of the biggest talent in Australia to reach out to as many communities as possible and encourage them to post their yes ballots," Middleton says.

YesFest is endorsed by Australian Marriage Equality, the peak body for the ‘Yes’ campaign.

Event details:
What: YesFest, a LiveAid-style benefit for marriage equality
Where: Spotless Stadium, Sydney Showgrounds, Homebush
When: Sunday, Oct 29, 2017. Doors from 3pm.
Why: We need Australia to unite and drive that last push to vote
How: Post your vote, get tickets via yesfest.com.au
Tickets: On sale via Ticketmaster from midday Oct 6