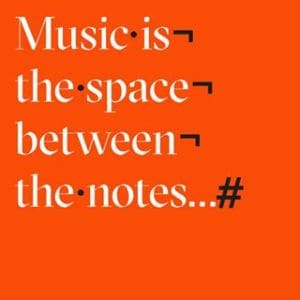 M&C Saatchi is rebranding its PR agency Bang under the name Hidden Characters as it looks to bring PR more in line with the group philosophy and find a clear way through the "murky" world of PR.

The agency, which is lead by managing director Annalise Brown, is putting inlfuencers and stories at the heart of what it does. The concept behind the name is that PR should be behind the scenes making things happen and building relationships, not front and centre.

The newly created website opens on a quote by French composer Claude Debussy: “Music is the space  between  the  notes” adding that the agency is “to stories what these spaces are to a symphony. We exist between the lines.  We are the hidden characters. “

Brown told AdNews the shift in the way the agency operates and the work it does for clients has been evolving over the last year. It sees itself as more of a conduit between brands and influencers that can tell a genuine story about their message. It will steer clear of "blatant" product placements in favour of "genuine collaborations".

Brown describes the current state of plan in the PR world as "murky" and in the literature to explain the new positioning, the new model is described as making sure client stories are “released carefully and camouflaged for maximum impact” rather than head-on.

“It's working with influencers in a more engaging way and having a bigger impact on the consumer [for brands]. Consumers now have cottoned on to those disingenuous and paid-for relationships that aren't genuine,” she says.

“Fame for fame's sake has become the ambition [for a lot of brands] we don't believe that has the desired impact. It's a more strategic and deep relationship-building effort.”

The agency isn't turning its back on traditional PR but will focus on developing relationships with influencers and working in an integrated fashion with other agencies within the M&C Saatchi group.

There are 12 people in the agency half of which are new in the last six to eight months as it geared up towards the relaunch and hired in different talent.

M&C Saatchi Group CEO, Jaimes Leggett says: “M&C Saatchi’s ambition is to become the most influential creative company in Australia by 2020. We’ve built a group of companies, with best in class capabilities designed to connect with a consumer at every point they encounter a brand. Hidden Characters is no exception and we’re excited to share this new offering.”

The branding and new look was designed by M&C stablemates Re: and Make.