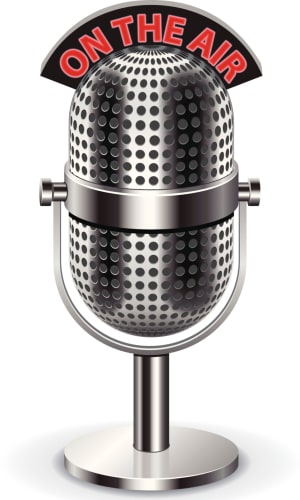 Guy Dobson, SCA chief content officer, has dismissed ARN as a rival to its revenues by suggesting its formats are no longer what progressive advertisers want. ARN's Duncan Campbell rubbished his claims.

As the third radio survey of the year was published, Dobson said SCA's battle is not with individual stations and radio rivals, but with the broader media and the businesses of the Nova Entertainment group, formerly Daily Mail Group.

“Sydney is a brutal breakfast market but our battle is with the Daily Mail Group not ARN. The active and creative money [from advertisers] doesn't go to those traditional formats like Kiis, it goes to the SCA's and DMG's [Nova] of the world.”

Dobson said momentum of 2Day FM is being driven by its drive time show but added that advertisers are flooding back into its breakfast show now that the environment is “fresh and vibrant instead of toxic”, referring to former breakfast presenters Kyle and Jackie O, who now reside with Kiis FM.

Dobson said with new contracts in place 2Day's breakfast show is now able to do things with advertisers around integrated content that it wasn't able to do in the past, adding “onwards and upwards. It's the best sounding 3.6% share show I’ve ever heard,” he claimed.

“That is not reflected in what we see commercially. The market was looking for validation that the Kiis format would work. It's the third strong survey in a row. We've had a significant increase in briefs, were sold out for most of May and continue to be so in June. So commercially, I'm not sure those comments have any validity.”

Dobson has form in talking down Kyle & Jackie O's commercial potential. Asked whether it was sour grapes following the duo's defection to ARN, Campbell said “I think it is. I know what it is like to be in [SCA's] position. But you have to say it how it is. To call it a traditional format is off the mark as far as I'm concerned.”

Campbell said that it was “a bit cheeky” to suggest the show was on the wane on the back of one survey.

“You have to stop the spin and focus on reality. Yes it dropped, but that is the nature of surveys. We never expected [Kiis] to surge ahead. It's a good reality check, it keeps you hungry. There are five surveys to go this year and we are confident it will remain very strong.”

He pointed to Kyle & Jackie O's trip to Dubai as a rebuttal of suggestions that they were not open to advertiser integration, but admitted he was “relieved” when the talent came home, given Dubai's zero tolerance approach to policing and Kyle's nose for trouble.

Campbell said that having the number one and number two FM Sydney breakfast slots (with 2GB and the ABC the top stations overall) was a solid position to be in.

Meanwhile, the big three networks said that the GfK survey had not thrown up many headaches.

Dobson said it was "largely in line" with the numbers previously provided by Nielsen. Paul Jackson Nova Entertainment’s group program director, said the same thing, and told AdNews that the new survey had not much impacted ad spend.

But Jackson suggested that there was too much focus on Sydney when the real race was on in Melbourne, with four stations - Fox FM, Nova 100, Smooth FM and Triple M - sitting on 6.9% of share.

“There is a real battle there between everyone, there's still six stations in there that could come out on top,” he said.

“There’s a way to play there, as new breakfast shows settle in and the marketing noise moves on. So Melbourne is the most direct market where you can absolutely see that,” Jackson said.

Dobson reckons SCA's Fox FM would be back on top in Melbourne "before you know it" potentially within the next few surveys.