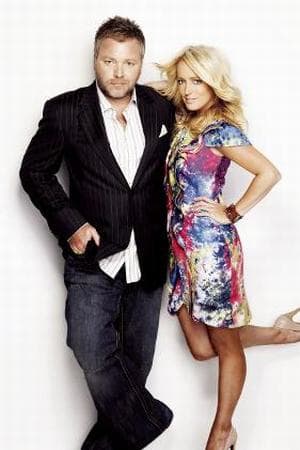 It's been a tough couple of years for Austereo, and next year might be tougher from a ratings perspective. But chief content officer Guy Dobson reckons life after Kyle and Jackie O could have a positive impact on the balance sheet if not the audience numbers.

In their final ratings period with 2Day FM in Sydney, Kyle and Jackie O's ratings dropped 0.8 percentage points, but remained the highest rating FM station in Sydney, according to Nielsen figures released this morning. These figures will drop considerably in the next ratings period, Dobson conceded.

But he claimed the benefit of the radio duo's departure will be seen on the revenue side. “We're under no illusions that this is going to be tough,” Dobson said. “But the decision was not a ratings decision, it was a decision about culture and revenue.

“The show we build in 2014 will be much more client friendly. Previously the breakfast show was focused only on the audience, never on sales results." Any audience-focused content editor or guardian would argue that is their perogative. But Dobson said that "the environment was too hot for some advertisers. We were the number one radio network but competitors with much smaller ratings were doing better stuff in the market from a sales perspective."

He said the Kyle and Jackie O show was based on "an antiquated spots and dots revenue model, and we were being grandfathered out because of old contracts which favoured the talent over advertisers and clients.” Now he said, "the times are changing."

In recent years, Southern Cross Austereo has faced multiple controversies and advertiser walkouts, frequently generated by the on-air antics of Kyle Sandilands. Two years ago major advertisers walked from the show after Sandilands called a News Corp journalist a “fat slag” on air.

Radio analyst Steve Ahern said suggestions that Kyle and Jackie O's 0.8 point ratings decline was due to the duo's exit was "speculative, but it makes sense".

“People already started moving away once the announcement was made. This is speculative, but it makes sense.”

But Dobson said such speculation was “baseless” and suggested the perceived audience decline was based on a higher than usual ratings figure in the last book.

In Sydney radio ratings, Macquarie Radio Network's 2GB once again took the top ratings position, with a 13.3% share, followed by ABC 702 at 10.4% and Southern Cross Austereo's 2Day network at 8.4%.

The leader in Adelaide was Mix 102.3, while in Perth the highest rating station was Mix 94.5. 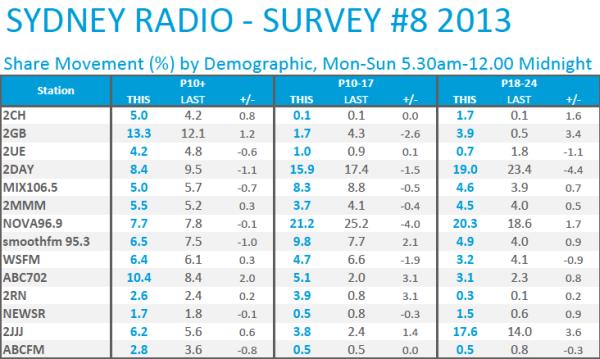 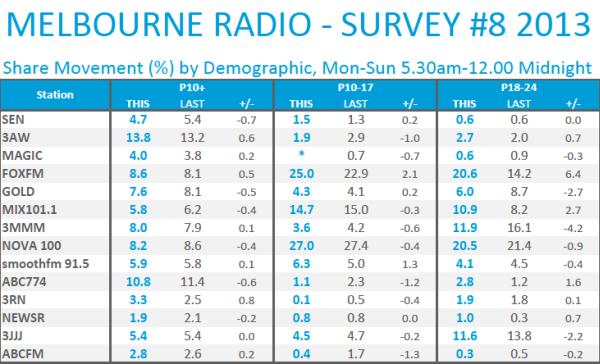 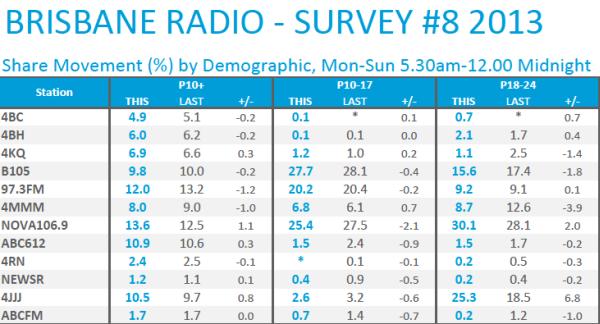 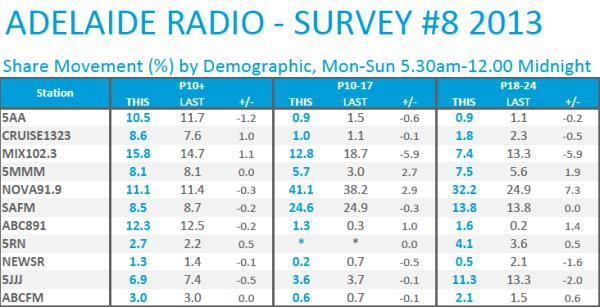 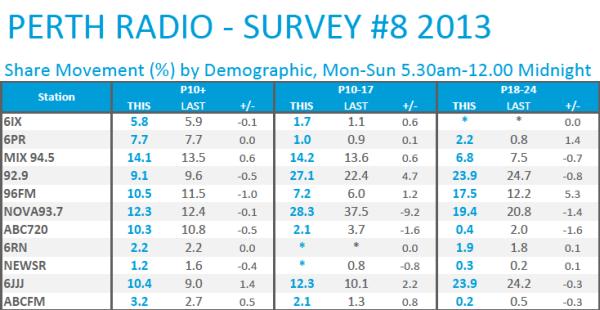