Lego most powerful brand in the world 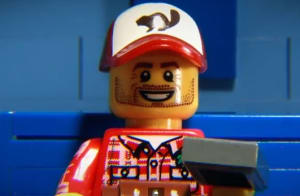 It's official, Lego is the most powerful brand in the world. In the latest Brand Finance Global 500 report, the toy retailer took out the the “most powerful” rank largely as a result of the release of The Lego Movie.

The report, which ranks brands by “power” and value” saw Lego overtake Ferrari, last year's most powerful brand which dropped down to number nine.

It said: “Lego is a uniquely creative and immersive toy; children love the ability to construct their owns worlds that it provides. In a tech-saturated world, parents approve of the back-to-basics creativity it encourages and have a lingering nostalgia for the brand long after their own childhoods.”

In terms of value, Brand Finance found that Apple led the race, given its “incredible knack” for using the brand to polarise and monetise existing technology.

Brand Finance CEO David Haigh said: “The Apple Brand is worth US$128bn (approx AU$164bn). That value is huge not just in its own terms but also as a proportion of Apple's record-breaking corporate valuation.”

“It goes to show how valuable brands are as business assets, and how important it is to manage them well,” he said.

Looking at Australia, Woolworths has maintained a number-one ranking in brand value, despite a 17% drop from the prior year. It's followed by Telstra, BHP Billiton and the four major banks.

Brand Finance Australia MD Mark Crowe said that Woolworths fall is a result of its attempts to diversify.

“Woolworths has lagged behind Coles in terms of growth because it over-expanded into categories that haven't grown, such as home improvement,” Crowe said.

“The fierce competition between [Woolworths and Coles] has led to branching out in new segments, namely finance.”

“Both have insurance and banking offerings (on top of petrol and liquor), all in the name of increasing loyalty and share of wallet. But it remains to be seen if these investments will pay off.”

Need a bigger Lego fix? Read more about Lego and its Australian marketing push, led by head of marketing Troy Taylor, in the next print edition of AdNews (20 February). Get your copy on iPad, or in Print.