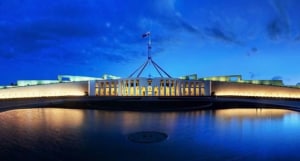 The media reform bill was reintroduced to Parliament today where it must now await the outcome of another senate committee hearing.

The Broadcasting Legislation Amendment Bill was reintroduced to the Lower House of Parliament today only for it to be sent to a Senate Environment and Communications Committee for a 10-week probe. It is the second time the bill will be grilled by a senate committee after an initial hearing in March and May.

The news will infuriate regional broadcasters who have been lobbying for a swift passage of the bill as it abolishes the 75% audience reach rule, an impediment to vital mergers between metropolitan and regional TV networks.

The bill also proposes to relax the two-out-of-three cross-media ownership rule, which would allow a media company to own a TV station, newspaper and radio station in the same market.

Labor supports binning the reach rule but has not established a position on cross-media ownership laws over fears ownership concentration could affect diversity of views and coverage in the media, even though Australia already has one of the most concentrated newspaper sectors with only two major players.

Communications minister Mitch Fifield said the government would not split the bill and does not support a further review.

In a statement, Fifield said: “Australian media companies, regional local content and jobs are at risk if these reforms are not enacted soon. It is time for action.”

The delay frustrated regional TV bosses with warnings it could lead to job losses as regional networks struggle to remain viable due to the impact of SVOD players, declining TV audiences and shrinking ad revenues.

“If these reforms are not passed, the Federal parliamentarians who chose to stand in the way of reform need to be prepared to accept the blame for less diversity, the value erosion of Australian media companies and the loss of hundreds of jobs,” he said in a statement.

Ten Network chief executive Paul Anderson said nobody has presented a rational argument to preserve the two-out-of-three rule, which “only applies to three offline media platforms and doesn’t even recognise the internet”.

“The only way to ensure media diversity in Australia is to have strong, viable local media companies and the existing rules are a real threat to that,” he adds.

“The foreign-owned tech companies have demonstrated that they are not interested in any meaningful investment in local content or local news, so we need our local voices to remain strong.

“In order to compete, local media companies need to grow, transform and leverage content across multiple platforms, and the current laws – combined with the onerous tax of the world’s highest television licence fees – are arbitrarily stopping us from doing that.

“By holding us back, these rules are giving the foreign tech giants a major competitive advantage and that is on top of arrangements that mean they pay minimal tax on revenue earned in Australia.”

Both Seven and Nine will view the delay as an opportunity to get TV licence fee reform back on the negotiating table. The government slugs Australian TV broadcasters with a fee equal to 3.375% of sales, much higher than the 0.21% licence fee in the UK and regarded as one of the highest broadcasting taxes in the world.

Cutting the licence fee is the top priority for Seven and Nine with Seven West Media CEO Tim Worner previously indicating he wouldn’t support a package that doesn’t include fee reform.

Senator Nick Xenophon, an important crossbench powerbroker who was part of the first senate committee inquiry earlier this year, has called for a TV licence fee cut to form part of the final reform package.

He said lost revenue from the cuts could be recouped by imposing a revenue tax on Google, Facebook and Netflix, the digital media companies providing the greatest challenge to traditional media's audience and advertising revenue.

Unsure who is lobbying for what? AdNews reviewed what each major media group would like to see included in minister Mitch Fifield's media reform package.