Media Reform: Why buy the cow when you can get the milk for free? 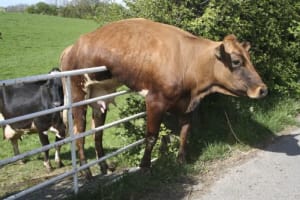 A robust debate around the impact of proposed media reforms erupted at the Media Summit last week, with the investor community not convinced of many benefits from potential M&A activity.

Debate around media reform has been raging, with the 75% reach rule and two out of three, broadly expected likely to come into effect, although the 2 July election has pushed back the issue, opinions are divided on what ownership reforms would bring.

Consolidation is widely expected if reforms come into play, but Eric Choi, media and teclo analyst at UBS said the flurry of M&A acquisition expected may not actually bring huge benefits.

“There’s a heavy dose of scepticism as to the benefits that consolidation can bring,” he suggested.

“The current media laws haven’t limited media owners from buying favourable assets in online or outdoor. If you were to allow media reform, you’re effectively allowing structurally challenged assets to buy other challenged assets. There will be cost and revenue synergies but does this solve the problems about fragmented audiences and top line pressures? Probably not.”

He is particularly sceptical of the impact of the 75% reach rule, because as demonstrated by the legal stoush between Nine and WIN last month, TV networks can already reach regional audiences through streaming, so they don’t really need to acquire regional assets.

Nine signed a regional affiliate deal with Southern Cross Austereo last month following the dissolution of its relationship with WIN that will see SCA pay Nine 50% affiliate fee on its TV revenue in Queensland, Southern NSW and Victoria. . Nine had earlier acquired a 9.99% stake in SCA and there’s talk that CEO Hugh Marks has held discussions around a merger.

However, PwC's Megan Brownlow is similarly unconvinced that there is an incentive for M&A acquisition between regional and national TV assets even if the 75% reach rule is reformed.

“As for metro TV networks buying regional, they’re already getting affiliate fees – why buy the cow if you’re getting the milk for free, or the cow is paying you to milk it?”

Choi suggested that examples such as APN, which is moving to split out its regional print business creating a business that is mainly radio and outdoor assets, is a good example of how firms are positioning themselves ahead of possible media reforms.

Matt James, CEO of Publicis Media, said consolation in itself won’t impact the flow of investment of media dollars, but that it should bring greater collaboration and cross-media understanding of the customer.

“Through media reform there will be more consolidation, but if you take out the cost synergies and investment in technology, if radio, outdoor and TV all come together, I’d love to see it going towards a responsibility and investment behind being able to understand the customer across those platforms rather than it just be a world of consolidation and locking the media together,” he said as part of the Investment Outlook panel at the Media Summit.

“We’re not going to start changing the investment flow just because there’s been consolidation. We’re going to put more money in because were getting a fuller, richer more connected return on investment across those platforms and we know if we’re driving brand preference or making a sales impact. So for me, there’s got to be a systemic shift in the media reform changes rather than just the media coming together.”

Read more from the Media Summit in the 27 May issue of AdNews in print. And watch some interviews wih speakers from the day here: