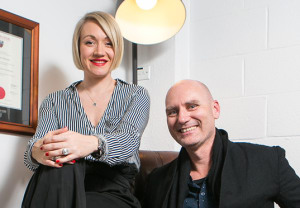 Content agency Kontented is unlikely to repay the $300,000 startup loan issued by the NSW Government with the business entering into liquidation, according to the deputy premier of NSW.

The loan was given to Kontented through its sub brand Snackable TV as part of Jobs for New South Wales loan awarded to the company in February 2017 to expand its team to 50 full-time staff within three years.

According to information from Jobs for NSW granted under the Government Information (Public Access) Act 2009, Kontented had defaulted on its $300,000 accelerating growth loan.

As a result, it will convert to a regional growth loan on December 21 2017.

Yesterday in NSW parliament, NSW opposition leader Luke Foley asked Barilaro why Kontented was given a $300,000 loan following the AdNews investigation that revealed staff were chasing the agency for unpaid commissions and alleged bullying from its founders, Kate Edwards and Shae Constantine.

“In real terms it is possible the government will not get this investment back. That is the risk we have taken as a government,” Barilaro said.

Barilaro went on to defend the grant program, despite the Kontented controversy, adding the government took a risk in a bid to create more jobs for the future.

Kontented entered into liquidation in March this year, 12 months after receiving the loan. In December 2017, Kontented closed its sub agency Snackable TV, which led to ex-staff questioning where the loan would be spent.

At the time, Edwards said she was relocating the business to Byron Bay and would hire staff in the region.

Several former staff approach AdNews with concerns of unpaid commissions and superannuation and said they believed Edwards was planning to bankrupt Kontented as a way of escaping the ongoing legal conflict. Edwards firmly denied this allegation at the time.

Edwards previously told AdNews she would look to take Snackable TV and Kontented global, confident its model would receive backing in the US.

Constantine and Edwards have owned several businesses, including entertainment agency Intersection, which was linked to the cancellation of film festival Tropfest back in 2015.

The duo launched Intersection back in 2014 and quickly won the Tropfest account. Soon after, Tropfest was cancelled and in an article in The Guardian its founder blamed the downfall on “irresponsible management” of the festival by Intersection and noted a discrepancy of six figures.

At the time, Constantine made a statement on Facebook, which was later removed, that said the agency quit Tropfest in 2014 over a dispute around unpaid invoices.

In 2016, Intersection was folded into Edwards and Constantine’s other agency, Fostered.

A spokesperson for the Department of Industry issued a statement:

Kontented was approved an Accelerated Growth Loan on 3 February 2017 which was converted to a Regional Growth Loan in December 2017 as they had moved from Sydney to Byron Bay (this was a change in loan type only and no additional money was provided). Kontented advised it was entering into voluntary administration on 3 April 2018. Jobs for NSW helps startups and fast growth SMEs to overcome barriers to finance by providing grants, loans and loan guarantees to help create new jobs in NSW. Before any funding is approved there is a thorough due diligence process undertaken. There is a rigorous approvals process for loan applicants, including an economic assessment and an independent credit assessment. The liquidation process for Kontended is still underway and Jobs for NSW are a secured creditor. To date Jobs for NSW has invested in over 500 businesses. The $190 million Jobs for NSW Fund is on track to create almost 20,000 jobs for the state by 2021/22.