Junkee Media on The Cusp with Westpac 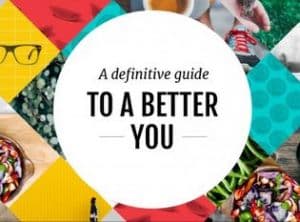 Finishing up a year that has seen Junkee Media go from strength to strength, the company has launched a new online title aimed at millennials and the things that matter most to them – their hip pocket, their job and their well-being.

In July this year, Junkee Media rebranded from its former moniker of Sound Alliance, restructured its senior management and promoted Tim Duggan to publisher and technical lead Ian Grant as CIO. It also announced it would sharpen its focus on branded content and video.

CEO Neil Ackland revealed at the time the company would be upping its custom publishing offering after the success of its youth-focused travel site AWOL in partnership with Qantas, and is working with other brands to create mobile-first customer titles.

Keeping to its promise, Junkee Media has today launched a new title, TheCusp.com.au, in partnership with Westpac, “to inform and inspire 18-35 year-old Australian by sharing real life stories from motivated young people who have succeeded in their field, along with insights from experts and influencers”.

Heading the new title is editor Sonia Taylor who has been freelancing with Junkee Media's Qantas partnership title AWOL.

Ackland explained how The Cusp came about.

“Each year we conduct a comprehensive study into the lives of Australian millennials and the research told us the biggest concern for this audience is career, money and wellbeing,” he said.

“More than two thirds (70%) said that career opportunities were a top priority and most (93%) agreed that their job needed to be something they enjoyed doing. Nearly 70% of respondents said their financial security was important, followed closely by their health and well-being (63%).”

“The Cusp is an exciting new initiative for us to start meaningful conversations with millennials through the delivery of relevant content inspired by the brand, delivered in-stream across multiple platforms,” Gray said.

Duggan threw his support behind Westpac saying, “as our country’s first bank (and company), Westpac knows a lot about how to build a better Australia and we’ll be leaning on them for their expertise in that space.

“The Cusp joins the other Junkee Media channels including Junkee, inthemix, FasterLouder and AWOL.”