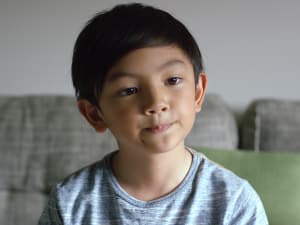 Using cute kids in advertising is about as obvious as Coca-Cola’s product placement in every movie to ever hit the big screen. So when two big Australian brands make a play at emotional advertising, are they both just using an idea that’s been done many times before or did one catch on to the other’s success? Enter ANZ’s Pocket Money and MasterFood’s 'Make Dinner Time Matter'.

MasterFoods' brand campaign encouraging families to make meal time important again struck a nerve with viewers, reaching over 10 million collective views. The ad focused on asking the kids questions and getting their candid responses. It seems ANZ may have caught on to the campaign’s success, because 'Pocket Money' used the same concept to highlight the gender pay gap.

This judge could never argue that using kids in advertising is a fresh idea. Frankly, both could be charged. However, both campaigns are insightful concepts that rely on the naivety of the children to push their point. The campaigns are not just an attempt to pull on the heart strings, but a stance for important issues including family and the equal future of women.