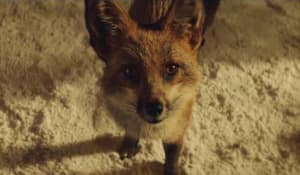 UK retailer John Lewis has revealed the stars of its hotly anticipated 2016 Christmas ad, with “Buster the Boxer” being confirmed as the centrepiece of the spot.

According to Campaign UK, The story begins on Christmas Eve, when a little girl is bouncing on her bed watched by Buster the family dog. Her mum tells her to stop bouncing and go to sleep. Meanwhile in the back garden, the girl’s dad is building her a trampoline. Overnight, a series of animals creep onto the trampoline and enjoy bouncing on it, including a pair of foxes, a badger, a squirrel and a hedgehog. Buster watches them from inside.

On Christmas morning, the little girl rushes into the back garden excited to try out the trampoline, but Buster beats her to it.

The retailer has been dropping clues about the ad for the past week, and despite having all this new information we still have a little longer to wait until the spot goes to air. The ad is due to run on ITV at 9.15pm GMT.

The ad has been created by the same agency and it was directed by the same person responsible for the past three successful ads for the retailer, Adam & Eve/DDB and Dougal Wilson.

Earlier this week the fake John Lewis ad student scooped a job offer off the back of his work. Did you see his ad? It's clocked up nearly one million views.

See below for the John Lewis 2015 Christmas ad :