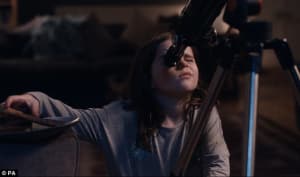 In what is considered one of the most anticipated Christmas adverts of the year, it appears John Lewis has done it again, with an emotive and much talked about advert for the festive season.

The British retailer, which in recent years has gained a reputation for producing the most memorable Christmas adverts, unveiled its Man on the Moon advert on Friday, and since then it has clocked up nearly six million hits.

This years's advert follows Monty The Penguin in 2014, which so far has about 24 million views on YouTube, and The Bear & The Hare in 2013, which has more than 15 million views.

It is thought the latest two-minute production cost £1 million to make, with a further £6million going on booking TV slots.