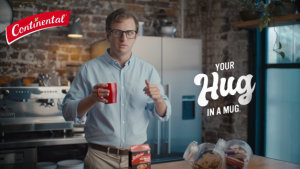 Mitchell told AdNews that marketers could tap into the nostalgia of “lapsed” household brands at a lower cost, giving them more budget to spare for things like launching new products.

“Brands that received huge marketing dollars in advertising became household names and they've either disappeared, or they've been replaced by something, but they're still there,” Mitchell says.

The shift to programmatic and highly targeted, personalised advertising has been both a blessing and a curse.

On the one hand, brands can get messages directly to target consumers but the flip side means missing out on potential customers.

This is where traditional advertising has had the upper hand with its widespread approach, Mitchell believes.

“Free to air used to be quite good because it's all about mass awareness,” he says.

“Even though you weren't trying to target specific groups, it was this osmosis that happened. People saw it even though they weren't interested in it, so they were aware of things.

“Whereas, now because everything is so fragmented, it's very hard to get anyone to really be aware.”

Mitchell reiterates the power traditional advertising had in the past to create memorable brands and the influence those ads still hold today.

“People still remember tag lines… even though we haven't seen those ads for 20 years,” he says.

The jingle hadn’t been on air since the '90s but was brought back to life in a TVC created by 303 MullenLowe earlier this year.

Pine O Cleen, along with brands like Twisties, Shapes, Ajax, Violet Crumble and Palmolive Gold are just some of what Mitchell refers to as “sleeping brands”.

These brands have already been through the cycle of creating value and have high awareness and recognition amongst consumers.

He notes brands like Burberry as a key example of “revitalising and revamping” something old to make it appealing to a more modern audience.

“These success brands tend to move out into this sleeping lapsed brand area where they've got heaps of investment behind them but then no one is really doing anything with them, so they just sit there,” Mitchell explains.

“Just because it's an old brand doesn't mean it's not a good brand.”