Is there a viewability crisis in out of home? 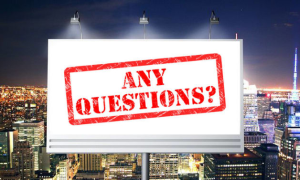 The rapid conversion of static to digital billboards has been a major advancement in the out of home (OOH) sector, however industry sources are concerned the move is diluting brand's share of voice in the channel.

Issues have also arisen about viewability and many have conceded the outdoor audience measurement system MOVE hasn't kept up with the transition to digital, leading some to question the accuracy of campaign reporting.

On top of that, it seems standardisation is a problem as different outdoor media owners offer contrasting views about whether digital rotations (the carousel of different billboard ads appearing) should be capped to a maximum number.

In the past year, the OMA reported OOH revenue increased by 15.8% year-on-year to a record high of $789.5 million. Digital makes up roughly 45.4% of total revenue, up from just 7.5% in 2012. The growing proportion of digital panels has helped the sector double in revenue in the past six years.

The industry is self-regulated and the onus is on media owners to determine how many different ads can be served on a panel and the length of time each stays in view per rotation.

Static billboard advertising by its very nature allows a 100% share of voice for the duration of a campaign, but with digital billboards campaign can rotate alongside a number of other brands, with anywhere between six to 12 on rotation at one time.

Ooh!Media and APN Outdoor, the largest companies in the sector, have differing views about the importance of establishing defined rules around share of voice.

Ooh!Media CEO Brendon Cook says space is booked by what he calls 'share of time', and says the company leaves it up to the client to decide how many other advertisers they will share a digital screen with.

For Ooh!, no definitive number of rotations has been set, as the share of time method allows for multiple ways of selling.

“Talking about numbers of rotations is old fashioned, selling share of time is the future,” Cook says.

Drawing a line in the sand

Alternatively, APN Outdoor CEO Richard Herring says the company operates with a “strict number” of rotations, usually six to seven, depending on the site.

Herring also calls the share of voice or time conversation “very one dimensional”.

“Share of voice is an incorrect way of looking at it, the argument of getting one in six is invalid, the increased engagement [of digital screens] negates share of voice,” he says.

This vastly different trading philosophy between the two largest outdoor companies is all the more remarkable given that both were strongly pushing to be merged only months ago, a plan that was scuppered by the competition watchdog ACCC.

“We've held our ground with six ads maximum on one site at any given time,” CEO Chris Tyquin says.

QMS chief sales officer John O'Neill says the company has drawn a line in the sand at eight rotations or 'faces'.

Although every company allows a different number of ads to sit alongside each other on digital screens, they all stress that campaign effectiveness is never compromised and viewability is not an issue.

This has been challenged by industry sources who claim that viewability issues arise from a lack of accountability. This is due to the difficulty in measuring the length of time an ad appears on a digital screen as well as the number of ads on the screen.

The question is, are advertisers aware of how long their ads are running and are they paying for what they think is appropriate for the share of time their brands are receiving?

“We do not have fraud to the extent they have it online,” Cook says. "Brand safety is our strong suit... we haven’t spent a $100 million on capital not to be ensuring effort for the quality of products."

Herring admits share of voice may be affected on digital screens, however, he says it is a fair trade-off for the increased engagement digital screens offer, citing the improved quality of creative on illuminated screens as counter points.

OMA CEO Charmaine Moldrich echoes this sentiment saying the audience you may lose to sharing, you gain because movement triggers greater viewability.

“Yes, you are sharing the voice in a digital rotation but the various triggers digital signs offer doesn't diminish your audience it increases that audiences’ engagement in your advertisement,” she says.

Most media owners were quick to point out static screens that have been converted to digital usually sit in high traffic areas or 'choke' points, meaning during peak hour drivers are likely to see all ads running on a screen.

The issue, according to Posterscope MD Bryan Magee, a media buyer, is the lack of a third-party measurement system to determine campaigns are effective.

“It’s not about enforcing, it's about being transparent. There’s no way of assuring me that I'm one of six and not one of 10... I’m not going to say it is happening but the problem is there’s no way of knowing,” Magee says.

“We have to have a third-party measurement that can hold media owners accountable. At the moment there's no real way of measuring how many ads are on a site. It's like marking your own homeworks."

Another media buyer, who spoke to AdNews on the condition of anonymity, said overbooking had led to clients receiving make goods on some occasions.

That is the same criticism thrown at the likes of Facebook and Google, which are under scrutiny for a lack of transparency in metrics.

A question of regulation

Despite the concerns, not all outdoor companies are in favour of a third-party measurement system, with APN Outdoor's Herring saying “each business should regulate themselves”.

Others, like QMS' O'Neill are in favour: “We're happy to be transparent and it’ll be interesting to see from an industry perspective who will want a measurement system and who won’t.”

At the moment, the industry uses OMA's audience measurement system MOVE. The solution measures both the likelihood to see (LTS) billboards as well as the opportunity to see (OTS).

MOVE was introduced in 2010 and has been lauded by the outdoor industry as crucial to its development.

However, some claim MOVE is not thorough enough for digital as screens are counted as one whole space irrespective of the number of ads on rotation.

“I know the OMA are very passionate in relation to providing the best measurement system they can, but collectively we need to come up with a better solution,” O’Niell says.

For Herring, while he thinks MOVE benefits the industry, he says: “it is not a foolproof measure of outdoor”.

OMA’s Moldrich is the first to recognise the need to improve the metrics of MOVE.

“We are very keen to have a metric that goes beyond LTS to capture engagement and impact,” Moldrich says.

However, she disagrees the sector has a broader viewabiltiy problem.

“I think to say there is some kind of crisis in the way MOVE measures digital signs is sensationalising the issue at hand,” she says.

“We need to build the proof about digital signs, that already exists, to expand the current MOVE metric, this is an issue we are aware of and we have been working with our global colleagues on it."

The overriding sentiment from media owners is that improvements are needed.

As Goa's Tyquin puts it: “If the industry doesn’t manage this maturely we're at risk of buggering up the greatest progression in our sector.”