Out of home industry reports record revenue in 2016 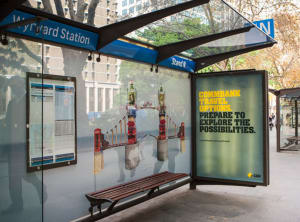 The out of home (OOH) industry has reported its seventh consecutive year of revenue growth, recording more than 15% overall increase in 2016 from the previous year.

OOH has been increasing its revenue in recent years while other channels such as print have been waning. Seemingly, the industry's continual growth will not be slowing down any time soon.

The Outdoor Media Association chief executive Charmaine Moldrich said: "It's undeniable that OOH is on the rise. According to the CEASA 2016 half-year update, OOH and online were the only media channels to experience growth, with OOH overtaking revenue spent on regional television advertising.”

In addition to the outdoor measurement system MOVE, which has enabled OMA to monitor OOH audiences growing by 20.3% over the last six years, 2017 will see the integration of customer data from emma (Enhanced Media Metrics Australia). Moldrich believes it will be “game changing” and will “give media planners the ability to segment audiences by delivering more relevant and targeted messages”.

The unprecedented growth in audiences by 20.3% over the last six years is further evidence that OOH “is becoming more than the channel with the biggest reach, it is increasingly a targeted and accountable channel” said Moldrich.

OMA will also be launching its Automated Transaction Platform, which will allow for a smoother buying and planning process for OOH. This will be released alongside open3, the third of a series of books which showcase “the best of the best OOH creative from across the globe”.

As reported last month, the two biggest outdoor companies in Australia, APN Outdoor and OohMedia, are set to merge to in the pursual of "future growth and digitisation opportunities". For more see here.