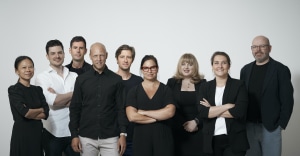 Innocean Australia has been an agency that has flown under the radar for some time, but now it is “open for business” according to new CEO Jasmin Bedir.

Joining the agency earlier in the year as Peter Fitzhardinge departed, Bedir was briefed to modernise and grow the business beyond just its two founding clients Hyundai and Kia.

Since then, she has begun to revamp the agencies offering and made a slew of new hires including Wesley Hawes as executive creative director and Romy Briers to the newly created role of customer experience (CX) director.

“The reasons for my changes in the leadership team was not because people were particularly bad,” Bedir tells AdNews.

“It’s just in a year where you have declining budget, I had to swap out capabilities. So, I have to make sure that everyone that’s leaving the door gets replaced with someone that comes with upgraded skills.”

Operating a diverse workplace is also key to her plans for the agency.

Since starting she has already upped the number of females in the leadership team and is looking to hire more female creatives.

“We need to have balanced views in the business,” she says.

The new hires come as Bedir builds upon Innocean’s current capabilities to be become an agency focused on CX as this where she says clients have the biggest problems.

She has been particularly looking at building out the team with those who have CRM skills, alongside data scientists and strategists.

“The set-up will be strategy focused. Everything will be data and insight-led,” Bedir says.

“In Asia, Innocean is always in the top ten of agencies across all Asian countries and in Korea, every year, agency of the year. I don’t see a reason why we shouldn’t be able to replicate that.

“Innocean stands for ocean of innovation, and for a company that was set up to drive innovation, you need to create infrastructure, processes, people and that’s what we’re doing.”

Living up to the ‘innovation’ name means the agency needed to be revamped and “de-focus” on just traditional advertising.

Bedir says the Hyundai-owned agency needs to create more than just ads to live up to its name – innovation comes from the entire customer journey.

“That’s why we’ll be focusing on beyond just automotive,” she says.

“This agency is capable of so much more than that.”

The new leadership team which includes Bedir, Hawes and head of strategy Karl Bates want to also break the misconception that the business is an internal agency for Hyundai.

Innocean has just begun working with a new client in the health and wellness space and plans to keep adding clients from different sectors in 2021.

As more brands seek one-stop shop agencies, Bedir sees this as an opportunity for Innocean to prove itself.

“The sweet spot for us is actually to do it all within the one agency brand and have it super tightly integrated,” she says.

However, she isn’t interested in becoming a media agency and will continue to leverage their existing media agency partners.

“We are interested in building first-party data capabilities though,” she says.

“Then we’ll work with media specialists to man the machine and generate the most media efficiencies.”

Heading into 2021, Bedir says the hiring spree will continue and the team will be looking to make pitch lists as it begins to “surprise” people with the work it is doing.

“We would like to be considered as a wild card for your business, to hear us out about where we are taking this and drive some really, really strong results for our clients,” she says.

“We just want to be taken seriously as a challenger agency. This a brand new team with brand new capabilities.”