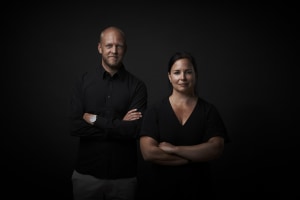 Hawes, who previously worked with CHE Proximity Sydney in the same role, replaces Steve Jackson who left in July as part of the agency’s ongoing transformation. Innocean says it’s moving towards being a “creatively-led” agency grounded in data and insights.

“We are so thrilled to have him [Hawes] join our team at INNOCEAN where he can nurture creativity that's grounded in a multichannel and integrated approach,” says Innocean Australia CEO Jasmin Bedir.

“We are undergoing a transformation at INNOCEAN to create a progressive, creatively powerful agency with world class digital experience. Wez’s leadership skills, creative excellence and cross channel expertise will be integral to our success. Now we have Wez on board, we are open for business and already have new client conversations underway.”

In his previous role at CHEP, Hawes grew the creative department to one of the biggest in Australia and led key clients such as NRMA Insurance, Samsung and Ikea.

With more than 20 years’ experience, Hawes has also worked at Marcel Sydney, TBWA Sydney, and BBH in London.