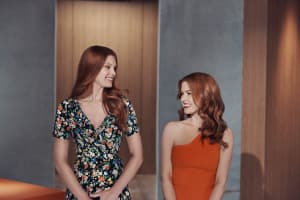 ING Direct has launched the next stage of its brand campaign, since the bank overhauled its positioning in June of last year and will star Isla Fisher as an ambassador.

In the campaign by VCCP Sydney, ING Direct has again used brand ambassador Isla Fisher alongside four customers to bring its customer experience offering to life.

ING Direct executive director John Arnott told AdNews Fisher has been a strong contributor to the company, doubling its sales in the past year and also raising its brand awareness.

Earlier this year, a study was released revealing celebrity ambassadors aren’t worth it unless they are a credible source that relates to the brand.

“Using a celebrity ambassador whose personality aligns with our brand and values helps [ING] cut through in a cluttered category,” Arnott says.

“The above the line campaign with Fisher has not only increased brand awareness, but has shifted familiarity and consideration to their highest levels and doubled customer growth,” he added.

ING introduced customers in the campaign as word-of-mouth remains one of the strongest marketing strategies.

“In this socially connective environment people are consuming less pushed messages and relying more on word of mouth networks,” he says.

The brand is sticking to its “How banking can be” tagline to show how ING Direct is a consumer facing bank despite having no physical branches, and that banking doesn’t have to be too serious.

The above the line campaign launched last night, with a “screen-led strategy”, across television, cinema and digital.

“We need to be where consumers want to be,” ING Direct brand and creative lead George Exikanas says. “A one-dimensional strategy wouldn’t work.

“TV still plays a crucial role in a rapidly changing media landscape, but digital is increasing important and I see that continuing," he added.

Watch the spot below.