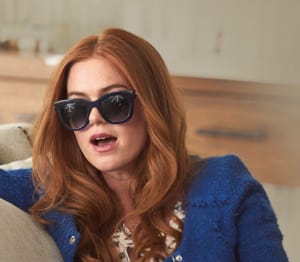 ING Direct is overhauling its brand positioning, with a new campaign, tagline and a $10 million dollar budget to ensure it has got staying power.

In the first work released by its new creative agency VCCP, ING Direct has used Australian actress Isla Fisher to show what it’s like for those who have never heard much of ING Direct to interact with the brand.

John Arnott, executive director, customers at ING Direct Australia told AdNews that one thing the bank prides itself on is its customer experience, and it wanted that to be front and centre of its newest brand push.

“We really think we have a great experience, and we wanted to shout about that experience though our communications,” Arnott said.

“Historically, the experiences that we provide customers with have more been whispered about around the corridors, but we thought it was time to animate that and get that customer centricity through our external communications.”

The brand has also rolled out the new tagline “How banking can be” with the aim to make it stick in people’s minds that ING Direct is a consumer facing bank despite having no physical branches, all the while keeping it different from the rest persona.

ING Direct is very much a challenger brand in the Australian market, however Arnott believes that this campaign will be able to generate cut-through in the crowded banking space.

Arnott also believes that the channel mix will also help the bank attract its desired audience, as well as ensuring the campaign stands out from the crowd.

“It’s a very predominately screen-led strategy,” he said. “We used screens because it’s a very targeted group we are hoping to reach, it's where our brand potions itself, it also allows through a two or three dimensional format you to be able to deliver more emotive messages, rather than just here’s the price point, this is the product.”

The banks other agencies, UM and Soap powered by Isobar, also helped craft the campaign.

The campaign first launched though the bank’s social media channels on 29 May. An above the line campaign launches on 14 June across television, cinema and digital.

Watch the spot for yourself below.