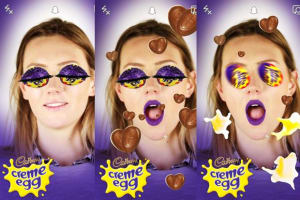 With people swearing off Instagram in light of its algorithm changes, Snapchat may have just been pushed to the forefront of many advertiser's minds.

Influencer agencies have been drinking the Instagram Kool-Aid ever since they realised the potential of people with huge followers to promote brands natively. While they say they won’t move away from Instagram completely, Snapchat strategies are already being put into play.

Social Soup’s CEO Sharyn Smith says: “I think brands should be looking at Snapchat regardless if they are moving away from Instagram. It’s going to be huge for advertisers because of what it can offer in authenticity and natural storytelling.

Social Soup is currently in the process of recruiting a “social booster layer” that will bring on Snapchat influencers who are active on the platform.

We are Social managing director Suzie Shaw says the agency is currently developing Snapchat strategies for a number of brands and is in “dialogue with Snapchat” about future campaigns.

“From a storytelling perspective, Snapchat may become the stronger alternative now that Instagram will no longer offer that chronological capability,” Shaw says.

“Unlike Instagram, Snapchat is a fairly a low-maintenance platform that doesn't require major upkeep in order to be effective. Brands can Snap sporadically without worrying about their 'profile' or 'page' looking outdated or neglected, and there is less pressure to get 'likes' or 'fans' as none of those stats are reflected publicly.”

We are Social has experimented with different influencers, using Jamie Curry in a recent campaign for Roadshow Films – Pride and Prejudice and Zombies. The campaign received millions of views with zero media spend.

However, there are concerns over Snapchat's API offering, which at this stage is none. Smith says many clients require analytics and measurement tools to be developed before they put big money into the platform.

Shaw says: “It's difficult to comprehend spending exorbitant amounts of money on beautiful creative that disappears after 24 hours, which is exactly why you shouldn't.”

Recently milk brand Oak used Snapchat to offer a “one-second coupon”, tapping into Snapchat's short lifespan. This is one of the few Australian brands to experiment with the technology.

“Right now there are not many brands in Australia doing Snapchat well, with the US really leading the way. But this will be the year this market really makes a headway with Snapchat. Watch this space,” Shaw says.