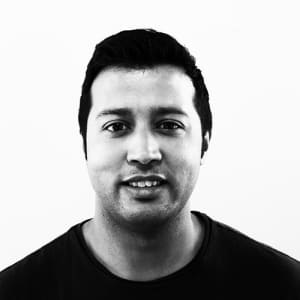 We previously spoke with to Iris Sydney MD David Griffiths.

This time we speak to Adrenalin general manager Vicky Lalwani.

Seven years at Adrenalin, the last year as general manager.

We’re an agency that continually innovates to design and develops new digital assets on which brands can attract, interact and create conversations with customers.

Continuing to grow our agency through attracting talented people and giving them the tools to focus on delivering excellence in client engagement and creating quality outcomes that are a result of their brilliant thinking.

Last year, Adrenalin was rebranded from Adrenalin Media – the primary reason being that the agency now encompasses all things digital and not just the “media” channel per se.

In 2016, Adrenalin also created a new division called Adrenalin X. We opened a second office where Adrenalin X staff explore and experiment with new technologies as well as host industry events. The space is also used by our clients to strategically help them identify and frame their business challengesn - with a view that Adrenalin X converts these problem statements with ideas and solutions that utilise technologies which may not have been applied or thought about before.

Marketing the agency brand has also been a key standout for 2016. We’ve hired some amazing people who shape, execute and support the agency’s brand strategy, social marketing, PR, team events, and staff onboarding. We do this for our clients, so why not for ourselves?

We’ve also focused a lot on staff retention and refining our hiring models. Being able to attract and retain great talent is a tough nut to crack, and we’re pleased to have an average retention rate of nearly four years when compared to our industry average of two.

Given all the above, the agency continues to foster great team culture – which doesn’t happen overnight, nor easily solved by ticking a few boxes from a checklist. We firmly believe that culture is an outcome of people’s positive behaviors within an environment –of which senior management have a greater ability to define (e.g. tools, processes, systems, office space, events, etc.). Hire the right people into a well-defined environment, and the culture organically develops.

I love the velocity that digital moves in – both in speed and direction.

The digital platform itself has had a tectonic shift in the last 15 years, and today branches out into a myriad of platforms (web, mobile apps, social, content, interactive… list goes on).

Digital today stands as a mandatory, yet hard to keep up with, framework that brands have to continually embrace and invest in.

I’m even more intrigued, and quickly falling in love with, how innovative and easily accessible hardware (e.g. Google Home, Amazon Echo, FitBit, etc.) is going to change the way in which customers interact with brands.

Previous industry related companies you have worked at:

I started my career in a digital agency and after a couple of years I did a stint at Fairfax Digital. However, I found that my heart gravitated back to agency land, and I haven’t looked back ever since.

Being constantly impressed and schooled by the intelligence of amazing people at Adrenalin.

I also believe the next few years will expand professional networking opportunities in which we get to work with agencies that specialise in certain tech (e.g. VR/AR content production, touch screen device hardware, interactive technologies, etc.) – and we embrace as partners and not dismiss them as competitors.

Talent is the most important part to any agency’s success – business owners, senior managers and team leaders need to appreciate this. Especially when your business is one that bills clients on outputs completed by the hour. And to get the best outcome out of that hour, you need to have a highly motivated and engaged person completing that task.

The millennials question blew up YouTube, LinkedIn and Facebook - and we need to remember that millennials are becoming an increasing part of the applicant pool to hire from, as well as existing staff composition in an agency. That's why this conversation is highly relevant in the agency space (and not just corporations as Simon Sinek calls out). The last point Simon makes is about how environment impacts motivation. While I feel there is an awareness of this issue, I definitely believe there's a lack of initiative to fix the problem.

Most of the applicants we interview; the majority of them working at an agency, are motivated to leave their current job because of poor conditions primarily attributed to working significantly and consistently into late nights and weekends. Couple this with a lack of recognition, poor management, informal processes, no investment in education and self-development. So we can see why engagement level drops and poor behaviours emerge. Eventually this damages culture – and I can assure you that culture eats your company’s growth strategy for lunch.

We can all win new clients, new projects, keep a dog in the office and have a well-stocked beer fridge, but if the people at the agency aren’t supported effectively, the agency is bound to fall like a house of cards.

And the worst part – clients get the rotten part of the deal as outcome of the equation.

I’ve invested in over 30 pairs of Happysocks... Shh…

I used to hate networking. But then I found out that it doesn’t hurt to start with a simple “hello” and introducing yourself . Don’t get me wrong, I still struggle with this part.

Being authentic, trustworthy, and also following up after the initial conversation has definitely helped create great relationships.

My Macbook Air 11” coupled with my iPhone

And I’m also a sucker for any episode by Louis Theroux. He has such an envied skill of interviewing people and being able to construct or push the envelope of questioning without making it uncomfortable to get a response.

I’m parallel reading Dave Grohl – This is a call by Paul Brannigan and The Great Aussie Bloke Slim Down ­by Peter Fitzsimons.

I’ve set a challenge in 2017 to get through at least a book a month.

I got into advertising because:

When I was 10 I remember my dad would let me to play Dig Dug on his office computer while he worked the weekends – fascinating game. I believe it was those years that kindled my desire to learn more about software.

A couple of years later, I started programming in BASIC, FOXPRO and C++, and in my early teens wanted to explore how hardware worked. After all, hardware was what allowed me to program – so I just had to look in the hood. That was at first, short lived when I accidently electrocuted myself touching the motherboard without powering down.

In university I followed the path of a software engineer that taught me HTML, Java, PHP & .NET. I also started a business with a fellow student (as you do!) selling computer hardware and affordable assembled machines targeted to students on-campus.

Business was good (for a bunch of nerds who skipped lectures to slot in memory cards), and we wanted to expand with a “we-come-to-your-home” service to people within our local suburbs to help troubleshoot issues with their PCs (or take it away for repairs).

It was around this time that I was exposed to how digital and traditional marketing were effective in growing our little empire of targeting by location, demographic, etc and I was curious to explore more. We decided to dilute our business after we graduated, and by dilute I mean pour our profits into jugs of beer at the local uni pub.

When I finished university I wanted to be part of a company that converted great ideas into marketing assets for big brands and the natural path was to become a web developer. That was 12 years ago now and I still sometimes write code during my personal time… the developers at Adrenalin get nervous when they see me do that.