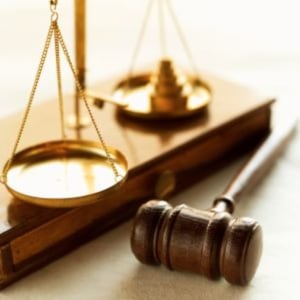 Ikon Communications is being accused of “misleading and dishonest conduct” by a client it is suing for nearly $1 million in unpaid fees.

Legal action was filed to the Supreme Court by Ikon last week to the sum of $939,055.65. Ikon claims that Advangen, a hair growth brand owned by former client Cellmid, failed to pay invoices for “services rendered in relation to an advertising campaign”.

In a statement issued to the ASX on Friday afternoon (22 July) Cellmid, a life sciences firm, said it is cross claiming the legal action and “strongly disputes that Ikon is entitled to be paid for the work being invoiced”.

The company claims Ikon has breached its services agreement, “failed to provide certain services at all, or adequately” and engaged in ”misleading and dishonest conduct” that has caused the company “loss and damage”.

Advangen says it will “vigorously defend” its position, and will cross claim for payments already made for services that Ikon has “not properly provided” and for further damages.

Cellmid appointed Ikon as its media agency in June 2015. It's understood that the parties ceased working together in October. AdNews understands that the client believes it has been billed incorrectly, charged double for work done, and charged for work not done at all. Furthermore, there is said to be evidence of “cover-ups” from the agency and sources close to the matter suggest the client beleives it feeds into a debate around kickbacks, rebates and media agencies gouging clients.

AdNews understands Ikon has denied any wrongdoing and Advangen's claims of dishonesty.

Advangen claims in its ASX statement that it had sought mediation to negotiate resolution of the claims and attempted to avoid legal proceedings. It is also seeking legal costs to be covered by Ikon.

Ikon's position is that the legal action is unrelated to any issues of media transparency, and is a simple non-payment issue. If it transpires that the client is the victim it will be the latest scuffle in media transparency that has afflicted the industry.

Cellmid declined to comment further beyond its ASX statement. AdNews has reached out to Ikon for a comment.

Media transparency has been an ongoing debate both in Australia and overseas in recent years. In the US, the Association of National Advertisers (ANA) published a damning report that highlighted common "non-transparent" practices.

UPDATED: WPP AUNZ issued a statement to AdNews on 27 July following further enquiries about the suggestions being made. here it is in full.

"Ikon Communications can confirm it has entered into legal proceedings against Advangen International, a wholly-owned subsidiary of Cellmid, primarily to recoup pre-approved third-party costs.

Throughout its 17-year history, Ikon has had a strict policy of acting with complete transparency in all its dealings with clients and other service providers. It will vigorously defend any claims made by Advangen in relation to misconduct."

Dubious media agency behaviour – what and how it happens

Media buying: Are we at breaking point?