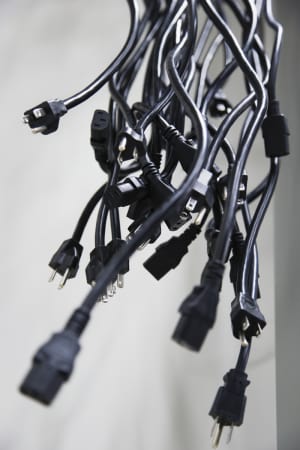 There is a "fundamental disconnect" between how agencies and clients view their relationship, a damning report commissioned by Association of National Advertisers (ANA) has found.

The report, published overnight (7 June) in the US, explains how there are huge conflicts of interest between holding companies and clients' interests - as well as "pervasive" rebates and other non-transparent business practices in the US media buying ecosystem.

The report outlined a number of findings that it says demonstrate the media industry "is not transparent". This includes how:

Different to Australia, the US has strict laws around rebates to agencies, which are illegal if the benefit is not passed back to the client, however ANA and K2 Intelligence, the firm that conducted the report, emphasised the legality of the behaviour was not within the scope of the report. Its role was “impartial, objective fact-finding” and finding evidence of whether “non-transparent” business practices were isolated or commonplace.

In Australia, media rebates, commissions, value banks and other incentives are legal provided they are fully disclosed to clients.

The report focused purely on the US market and there was no evidence that such practices had been imported from overseas. While there was no indication non-transparent business practices found in the US are rife elsewhere, the report will certainly raise questions about the role of global media agency holding companies and whether media agencies are acting in the best interests of clients or other parties.

The investigation, led by K2 Intelligence from October 2015 to May 2016, found 59 non-transparent business practices in relation to media buying in digital, out of home, print and TV. These cases stemmed from a third of the people interviewed (41 separate sources) with direct knowledge, including 34 rebates that were pocketed by agencies or their holding companies without advertiser knowledge.

The report suggested that such practices were across "the spectrum of agencies" and refused to shed light on individual agency names, which has already been met with anger by media agency executives concerned about reputational damage across the whole industry.

ANA CEO and president Bob Liodice said a fundamental shift in the business model for media agencies has challenged new media landscape for both agencies and advertisers.

“Media business is not transparent. Marketers are not getting full disclosure on the info they need to make informed decisions,” Liodice said.

“Whether acting as agency or principal, vast changes in technology, the complex digital supply chain, and the proliferation of media outlets provided agencies with additional opportunities to increase their profit margins beyond agency fees. This has led to disconcerting conflicts of interest and a lack of transparency."

He added: "Responsibility for non-transparency is a broadly shared obligation; [with] agencies and marketers to do more. Marketers could do a better job refreshing contracts, while keeping tight with the currency of contracts."

It was also recommended marketers receive better training, particularly on how digital media is measured and its effectiveness in order to scrutinise spend.

Media agency executives will now take time to digest the findings of the report before responding, with the threat of legal action a possibility.

AdNews will report on reactions as they break.

The K2 Intelligence report indicated that non-transparent business practices employed by agencies, some of which may or may not have been contract-compliant, included the following:

• Cash rebates from media companies were provided to agencies with payments based on the amount spent on media. Advertisers interviewed in the K2 Intelligence study indicated they did not receive rebates or were unaware of any rebates being returned.

• Rebates in the form of free media inventory credits.

• Rebates structured as “service agreements” in which media suppliers paid agencies for non-media services such as low-value research or consulting initiatives that were often tied to the volume of agency spend. Sources told K2 Intelligence that these services “were being used to obscure what was essentially a rebate.”

• Mark-ups on media sold through principal transactions ranged from approximately 30% to 90% and media buyers were sometimes pressured or incentivised by their agency holding companies to direct client spend to this media, regardless of whether such purchases were in the clients’ best interests.

• Dual rate cards in which agencies and holding companies negotiated separate rates with media suppliers when acting as principals and as agents.

• Non-transparent business practices in the US market resulting from agencies holding equity stakes in media suppliers.

• Re-examine all existing media agency contracts and meticulously review all terms and conditions. As appropriate, use an expert, independent third party to provide insight and contractual expertise to optimise transparency, upgrade reporting and analytics, and substantially expand audit rights if necessary.

• Implement media management training, particularly in the areas of contract development and management of the digital media supply chain.

• Confirm and reaffirm the basis on which your media agency is conducting your media business. Be critically clear and comfortable with the agency’s role as agent and principal. Ensure there are no conflicts of interest and that there are clear processes in place for resolving conflicts that might emerge.

• Assess whether contract terms permit you to “follow the money” by having full accountability for every dollar that is invested with a media agency. It is recommended that audit rights cover not only the media agency but the holding company and any affiliated companies that touch your business.