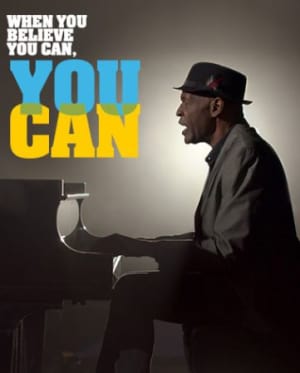 While a root and branch internal change is inevitable for CommBank/CommInsure to claw its way out of the depths of a PR and moral nightmare, following last week's scandal, PR and brand reputation management specialists stress the business should move quickly to rescue its brand from further damage.

It's been just over a week since Four Corners – by way of journalists Adele Ferguson, Klaus Toft and Mario Christodoulou – revealed the unscrupulous tactics taken by CommBank/CommInsure to avoid insurance payouts.

Since the show aired, CommBank/CommInsure’s public statements have included a media statement by the bank's CEO, Ian Narev, who also appeared on Four Corners to front up to the allegations, plus a tweet and a quiet Facebook page - noticeable for its lack of anything on the subject.

Although it can't be accused of hiding, the extent of its attempts to remedy the catastrophe so far have been somewhat limited.

FleishmanHillard head of corporate, Camilla Jury, explains that the worst thing a company can do in a crisis is hide. She also goes on to explain that “a ‘pro forma’ apology doesn’t resonate either.

“Issues of this magnitude need to be addressed at the most senior levels, as quickly as possible, for the best chance of correcting any inaccuracies,” she says.

All of the specialists AdNews spoke to agreed there needs to be an entire cultural change at CommBank/CommInsure for it to move forward, bearing in mind that this scandal doesn't just resonate badly with consumers, but with CommBank/CommInsure's staff, investors and stakeholders, all of which will be affected by what has happened.

Icon Communications managing director Chris Gray says: “While CommInsure has moved fast in establishing its own independent review panel, the brand needs to do a lot more. A complete review of the business is required from the top down.

“The leadership and culture of the business needs to be called into question. As they say, a fish rots from the head."

Meanwhile, Weber Shandwick chairman, Ian Rumsby, insightfully points out that the financial firm needs to change internally to ensure it attracts the right kind of talent in the future.

Rumsby also suggests this latest crisis to hit the bank could finally provide it with a correctional moment, lending it an opportunity to change its practices for the better.

“This could allow it to recalibrate its focus and realign its position across a range of issues with honesty, integrity and most importantly, visibility,” he emphasises.

Rumsby may be seen as the most optimistic of the pack. Gerry McCusker, brand reputation specialist and author of the book, PR Disasters, is more jaded about the outlook for brands in this position, arguing that consumers' apathy suits brands which could be seen to be taking advantage.

“The media system means customers are no longer surprised that brands will do anything to drive up profits. We have become conditioned to think the worst, so it calls into question, what value is there in brand reputation? We have reputation fatigue,” he warns.

McCusker says that reaction across social media will most likely die down and long-term will have little bearing on the bank. However, the repeated published content about the scandal will appear on page one of Google results; something the brand will have to redress in its marketing efforts in the future.

In the immediate future, we suspect this story will roll. The journalists responsible for the intial story will keep apace with new developments, and that will probably result in new allegations coming to the fore from other institutions.

As Icon's Gray notes: “You would imagine the CommInsure scandal is just the tip of the iceberg. Reputational damage will not be limited to just the CommInsure brand. The impact and ramifications are certain to be far-reaching as evidenced by the fact that calls are now being made for a series of high-level investigations to be made into the sector as a whole.”