How brands are leveraging blockchain and seeing shares soar 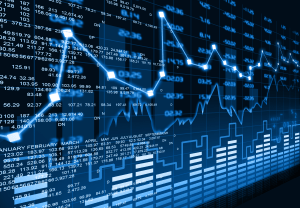 Blockchain is one of the buzzwords that underpinned the 2017 bitcoin craze, as well as a huge topic at the CES tech event this week.

While experts are predicting the bitcoin bubble to burst, there's growing excitement about how blockchain, the tech platform bitcoin runs on, can move beyond digital currency.

Blockchain is like a ledger book that can be group-edited by many.

It's a decentralised network so there's no central company or government that has to verify a transaction, which means things can move more quickly, so for brands it's a secure way to speed up their processes.

Kodak, Hooters and Long Island Ice Tea have all adopted blockchain technology and as a result, the three publicly listed companies have seen their share price soar.

Autonomous Research estimates that about 31 public companies have jumped on the crypto bandwagon, and is expecting another 100 companies will follow the trend in 2018. It compared the recent run in bitcoin to the .com boom. Back then, about 126 companies added .com to their names at the height of the bubble.

The company said in a statement it was "shifting its primary corporate focus towards the exploration of and investment in opportunities that leverage the benefits of blockchain technology.”

As a result of the news, Long Blockchain Corp saw its shares almost triple in a day. For years, the company watched its stock tumble, and Nasdaq threatened to delist the company unless the market value rose above US$35 million.

By flaunting the hottest buzzword of 2017, the company soared to a market capitalization of almost US $70 million. It has stayed above the US$35 million threshold since then.

Another brand to reap the benefit of being associated with blockchain is Hooters. Chanticleer Holdings, Hooters' parent company, announced last week it is putting its loyalty programs on the blockchain.

Just like Long Island Ice Tea, its stock price shot through the roof, initially jumping 50% to a market valuation and has now maintained a 40% increase since the announcement.

While some critiques have said these companies are simply dropping the word blockchain to increase share prices, Hooters insists it will benefit its consumers.

"We wanted to expand our existing loyalty program with something that really changes the way our customers can leverage their rewards; Mobivity Merit is real cryptocurrency, leveraging the same infrastructure and principles of Bitcoin, Ethereum, Ripple, Litecoin, and more, and will enable our customers to make use of their rewards in entirely new ways," said Michael Pruitt, CEO of Chanticleer Holdings.

The blockchain boost continued when Kodak revealed this week it too was jumping into blockchain and launching its own cryptocurrency: the KodakCoin.

Shares of the struggling 130-year-old company rose as much as 90% Wednesday, giving it a valuation of US $565 million.

That represented a gain of roughly US $431 million or 321% since the company said it would use the technology underlying cryptocurrencies, blockchain, to help photographers manage their image rights.

As part of the initiative, Kodak also announced plans to launch the KodakCoin, a “photo-centric cryptocurrency” intended to be used as payment for photographs.

In next month's AdNews magazine, digital editor Pippa Chambers explores the world of blockchain and its impact of media and marketing. Sign up to make sure you get it hot off the press.