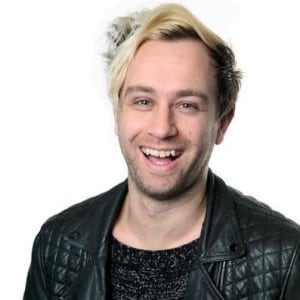 As the world’s first cryptocurrency, bitcoin is making waves in the Australian digital payments industry. If it’s not already on your radar, then frankly it should be.

But first up, what is cryptocurrency? Well, it’s a digital currency whereby encryption techniques are employed to regulate the production of currency (without being overlooked by a central authority).

Created in 2009, and known as “the currency of the internet”, bitcoin is a peer-to-peer currency that allows users to transfer funds digitally. With a decentralised encrypted platform, it offers a cost-effective - and secure - solution for users who want to transfer funds.

In May 2012, a single bitcoin was valued at about USD$5. Five years later, that same coin would be worth nearly USD$2,000. Yes, you read right! This surge in value reflects how strongly bitcoin is disrupting the financial services market. 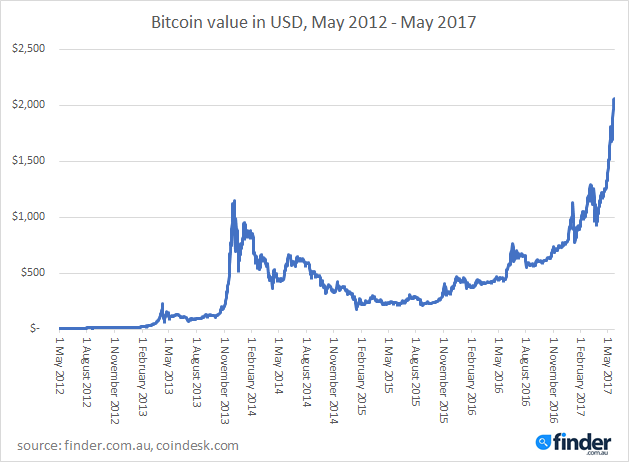 Given the key benefits available to businesses, savvy marketers should understand how bitcoin works and how they can implement it into their marketing strategy.

Bitcoins are stored in a user’s digital wallet. The currency uses a public ledger known as the ‘blockchain’, which stores transaction history and verifies new transactions.

Transactions made using bitcoin are secure because of the blockchain's ability to record every transaction that takes place and accurately connect it to its source.

As with any currency, the value of bitcoins is determined by available supply and demand, and can also be influenced by external events such as business activities or government policy. Generating entirely new bitcoin requires complex transactional processes, but that isn't necessary to use bitcoin for transactions, as you can purchase existing bitcoin at the prevailing exchange rate.

How bitcoin can be applied to marketing

At the most basic level, accepting bitcoins for payment highlights that your company is forward-thinking by embracing emerging technologies. Another key area where marketers can draw inspiration from bitcoin is in the blockchain technology that is used to power it. Blockchain can be used to formalise digital negotiations between businesses by placing them on the public ledger.

It can also be useful for tracking user data and insights. With increasing concerns about privacy, blockchain gives marketers a way to use anonymised data sets for marketing activity while reducing the risks of exploitation.

Using bitcoin improves your data security. You won’t be storing personal payment information, and that can speak volumes for your brand by positioning. Trustworthy? Yes, please. It will also mean your company is at less risk of data theft. Ultimately, that improved perception could drive a better conversion rate.

Bitcoin opens your business to a new audience. As a brand, it creates a perception that you’re innovative and edgy.

There is potential PR equity from accepting bitcoins as well. For example, you could distribute a press release or work with media to gain coverage around the fact that you are now accepting bitcoins, ensuring that you’re part of the conversation within the digital currency movement. Similarly, marketers can include bitcoin within their advertising and brand to create intrigue and curiosity.

To further engage that audience, consider paying users in bitcoin to visit particular sites or pages. You can also potentially earn bitcoins by monetising online content.

How to integrate bitcoin into your strategy

If you want to incorporate bitcoin into your business, and if you want to appeal to a younger demographic or early adopters, you need to know how to purchase the currency.

How do I source bitcoins?

If you’re taking a business proposition to your boss, you’ll need to know where you can source bitcoins locally. Bitcoin has affiliate programs through which users can buy, trade, earn, and spend bitcoins. Some of these affiliate programs include Forex, bitcoin exchanges, mining, domain hosting, and more. Other ways you can purchase bitcoin include visiting a bitcoin exchange; exchanging bitcoin with someone else online; and earning bitcoins via mining.

You can learn more about how to buy bitcoins to decide whether this is right for your business.

What do I need to tell the tax man?

If you use bitcoin as a currency for your business, you’ll need to declare this to the Australian Taxation Office (ATO).

However, the good news is that the 2017 Budget supports a suggestion from the Productivity Commission that digital currencies should be treated as a financial supply for GST purposes, and thus only taxed once. Currently, you'll pay GST both when receiving and selling bitcoins. The news rules will mean businesses aren’t taxed twice when using bitcoin in their day-to-day operations.

It may be an alternate currency, but bitcoin could provide significant value to marketers by positioning your brand as being innovative, secure and trustworthy. Using bitcoin could provide you with brand equity and potentially lead to higher conversions. However, as with any smart business decision, research the perks and risks of using bitcoin before integrating it into your marketing strategy.

If innovation, teamed with credibility, is what you’re really shooting for as a marketer, consider adding bitcoin to your secret sauce. No longer the new kid on the block, but rather the ‘cool’ kid of financial services, bitcoin is here to stay. It may just boost your brand – and overall business – while it’s at it.