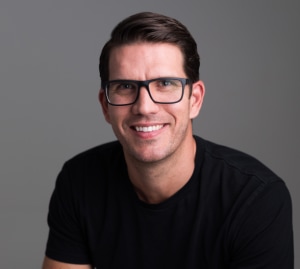 Not much was known about performance marketing business, Impact, in Australia prior to its hire of former Radium One managing director Adam Furness.

Impact boasts global clients like Ticket Master, Uber, Getty Images and Lenovo, and has been working in this market with a number of locally based clients and agency partners including Dentsu Aegis Network (DAN) and Asia Pacific Digital (APD).

Now, Furness is tasked with boosting the growth of Impact across APAC and since his appointment was announced in January, has been meeting with agencies and potential clients.

Launched in 2008, Furness says Impact enables digital brands and agencies to maximise their return on global advertising spend by "providing a view into the consumer’s journey from an ad impression, through acquisition, across all devices and channels".

It splits its offering into three core areas it calls Radius, which is its performance marketing solution, Forensiq, which focuses on brand safety and Altitude, which is its analytics tool.

On a recent trip to Sydney, Impact global CEO Dave Yovanno spent four days meeting with more than 15 agencies and brands alongside Furness.

Despite the growing glut of ad tech firms in Australia, Yovanno and Furness are confident that Australia is a “significant opportunity” for Impact.

“In my view, coming from roles in an automated advertising programmatic world and riding that wave, I think the technology Impact offers is actually the next big thing,” Furness says.

“The whole affiliate marketing world is actually quite sexy when you see some of the partnerships that can happen through the platform. When you see Ticketmaster paying Facebook on performance through your platform, that’s pretty cool.” 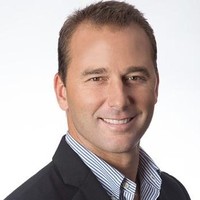 Since its launch into the Australia market, Furness has built a team of eight people, doubling in size in the last three months.

While Yovanno says clients and agencies have been receptive of Impact, he says the Australian market is behind in terms of education in comparison to the US.

“The biggest difference when you look at Australia and the US, agencies are a little further ahead in America. We’ve only been in Australia for a year but in the US, we’ve been there for 10 years, so we’ve got dozens of agencies that are really good at managing these next generation types of performance campaigns. We’re only just getting started here,” he says.

As Impact is simply a platform that plugs into agency and brand dashboards, Furness says education is a huge focus.

“We’re tech support. We’re not doing the services or the strategy or the ongoing running of campaigns,” he says.

It may still not be considered sexy, but Yovanno says Impact is capitalising on the evolution of affiliate marketing.

“What we’ve done with Impact is we’ve broadened the whole category of what was known as affiliate marketing. It used to be this very narrow, hard performance marketing with mostly cash-back loyalties but it’s changed a lot over the last 20 years,” he says.

Impact now caters to the “evolution of influencers”, Yovanno explains, and is constantly expanding its services.

In this market, Impact will compete with Integral Ad Science (IAS) on brand safety elements, and is working with GroupM in the Asia to detect fraud.

“In the brand safety space, we are playing catch-up to the market share that IAS has,” Yovanno admits. “But we’re doing a lot of cross-selling, meaning customers that have a good experience with us via Radius, will look at using us for other services.”

“We are continuing to sign big local deals. I know for sure our support investment will more than double or triple in the next year. That’s safe to assume,” Yovanno says.

“It all depends on our commercial traction for selling business that’s local here. Adam’s been at work for four months. He’s a professional and I’m sure the team will grow at a fast rate.”

Furness adds he sees the team doubling again in the next year, with staff put into Singapore and China to service the Asian market.